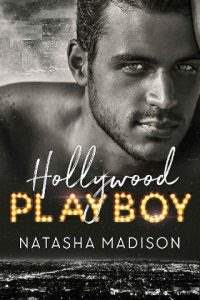 Breaking News: Tyler Beckett is ready to take on the press. Sources say no expense will be spared, and the press will be handpicked. The question is, who will be the lucky ones?

“Knock-knock,” I say, knocking on the big brown door to my editor Stephanie’s office. Laser-focused on her computer screen, she looks up at the unexpected, yet hopefully welcome intrusion and removes her glasses. Her button-down white silk shirt is tied at the neck with a bow sash off to the side, showcasing how put together this woman really is.

“Hey, Jessica,” she says, smiling at me. “Come on in.” She motions with her hands to the empty seat in front of her executive desk, causing her gold and silver bangles to clink together.

“You said to come see you before I head out for the day,” I say, acknowledging the reason I’m invading her space. Walking into her corner office, I’m drawn to the view of the Hollywood sign like a beacon in the distance.

When I walked into this office seven years ago, I intended to get some experience under my belt to add to my resume. I busted my ass in high school and had my master’s in foreign communications by the time I was twenty-two. I had a plan to travel the world and bring people stories that they often didn’t hear about. Aspirations for seeing my byline on articles and published in print and online were what I dreamed about the most.

But here I am, seven years later, getting the juicy Hollywood scoop that people crave. And the best part? I am not just good at my job; I am the best at it. I know every single photographers’ number by heart. If something happens in this town, people call me to offer first dibs on the scuttlebutt.

“Yes,” she answers. “Please sit.” I walk toward her, my long, flowing black skirt moving between my legs as I take a seat in one of the chairs. After crossing my legs, I wait for her to tell me why I’m here. “I got a call today from HillCrest.” She looks at me, rocking back in her chair.

“What now?” I ask. HillCrest is one of the biggest production companies out there. They began with indie films, and then one of their movies blew up and won seventeen Academy Awards. That was fifteen years ago … now, if you want them to back your movie, it means a blockbuster, even if it’s shit. Trust me, some pretty shitty ones have gone on to gross over the one-hundred-million mark that weren’t worth the paper the tickets were printed on.

“I’ll cut right to the chase.” Getting up and walking to the corner window, she keeps her back to me. “Tyler Beckett’s new film.”

“Adrenaline Run?” I ask her, thinking about the chatter of it becoming the biggest box office hit ever, or at least that is the word on the street. The trailers have been playing nonstop for the past two weeks, the billboards are everywhere, and the mass transit ads on every bus around every corner have a larger-than-life picture of Tyler Beckett in all his cockiness. Unless you live under a rock, you know that this movie is coming. “I’ve seen some of the trailers, and I’m not going to lie; no matter how much I want to hate the movie just because of Tyler, it looks like a good one.”

She turns around, now looking at me. “HillCrest is going all out for this film. I mean, all out.” She emphasizes these last words. “They are putting together a press junket.”

“Okay, that isn’t anything new.” I get up and walk over to her, both of us now surveying our respective kingdoms.

“No, you’re right,” she says and then turns to me, “but it isn’t going to be your ordinary hotel junket.”

“Well, then, what are they doing?” I ask her, my interest piqued now. “Knowing Tyler Beckett, it will be a spectacle no doubt.” I’m tempted to roll my eyes.

“Yeah, you can say that.” She turns and walks back to her chair. “It’s definitely something no one has seen or done before, which is why we need to be at the forefront of the promotion.”

“Oh, for fuck’s sake, he’s so damn irritating,” I say in exasperation. She just stares at me, probably wondering where in the hell that outburst came from. I can’t tell you why I feel like this when it comes to Tyler, but I just do. Maybe it’s because he is always one step ahead of me when I have a juicy scoop about him. It’s like he knows I’m going to blow the lid on whatever salacious deets I have on his latest scandal, so what does he do? He releases a statement of his own right before I publish my story, sinking my breaking news before the ink even dries on the page.