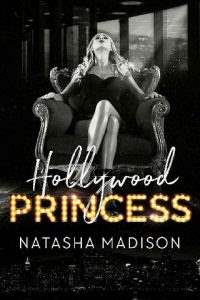 “Kellie, Kellie, Kellie.” I hear my name being called when I walk from the car door to the building with my head down and wearing sunglasses. I used to watch Entertainment Tonight and wonder why people wore sunglasses at night until I went out one night, and the paparazzi caught me. The flash from their cameras literally blinded me, and I almost walked into the door. Now I’m a semi pro, so my sunglasses are always on when I go out, and I know that I’ll be snapped by a herd of photographers.

Walking through the marble lobby, I smile at the security guy. “Good morning.” He doesn’t say anything; he just smiles. They always just smile. “I really wish one day they would answer me back,” I whisper to Cori beside me who just laughs. Cori, whose real name is Corina, is my personal assistant, and I’m convinced my life would be shit without her.

“One day,” she says, pressing the elevator button. “Then again, one day he’ll get the courage, and you’ll be old and gray.”

I laugh as I step into the elevator and press the button for the thirtieth floor. When the door opens, it’s the same marble as in the lobby, and a receptionist sits at the desk right in front of the elevators. “Hello.” I smile at her and notice the bouquet of pink roses sitting on the corner of her desk.

“Hi, Kellie.” She smiles as she takes off her headset and stands to walk around the desk. She’s wearing a pencil skirt with a silk blouse, and here I am in my tight blue jeans with the knee torn and white silk camisole with a peach-colored duster cardigan. My strappy cream high-heeled boots make the outfit classy and sexy. “Follow me.” She heads to the back where the offices are hidden, going straight to the corner where I know the conference room is located.

She knocks on the door and then opens it, smiling at the five guys sitting around the table. I take off my sunglasses and put them in my Hermes purse. “There she is,” Tommy, my manager, says, getting up from his seat at the head of the table and walking to me. He grabs me by my arms and brings me in for a big hug.

It feels like just yesterday that my life changed. One night when I was waiting tables, the owner declared open mic night, and I didn’t think anything of it when I got on that stage and did an a cappella of “Hallelujah.” Someone filmed it, and the next day, it was all over Facebook. One week later, it had sixteen million views, and the offers poured in.

I didn’t understand any of it since, deep down, I was just a country girl at heart. My parents still lived in the same house I grew up in. But that was when Tommy came in and basically made me who I am today. He’s like a big brother I never had. He mortgaged his house to finance my first album, and I was happy when it went double platinum. It was a whirlwind ride, and I was waiting for the floor to open and the dream to be over. But it just got better, if that was possible. I won my first Grammy for New Artist of the Year.

“How are you doing? Are you good?” he asks and pulls out the chair next to his, gesturing for me to sit. I smile at him. He’s really good looking. His brown hair and matching eyes drag you in. He’s got one of the best smiles I’ve seen on a man, but he’s my manager, and that is a line I won’t cross. Besides, he’s more like a brother to me than anything else.

“I’m good.” I look around the table at the familiar faces from his firm. “You have to come by one of these days and see the show set.” The chair next to me gets pulled out, and Cori sits down. Tommy walks over to his seat and takes his chair.

“I will.” He smiles, entwining his hands on the table. “We have been going over the tour dates and venues, and we honestly think it’s going to be the best one yet.”

“I’m excited.” I look around the table and see the men all smiling at me.

“But we called you here to talk about the security of the tour,” Tommy starts, and I can tell he’s a bit nervous. “We have no doubt the venues will provide amazing security, but upon speaking with the team, we think it would be best if you had full-time security. One-on-one.”