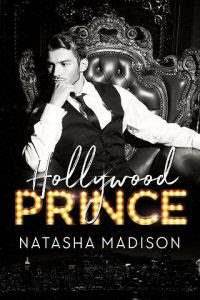 “Hey, Erin.” I hear my name come over the speakerphone as I sit in my cubicle brainstorming for the up-and-coming movie premiere.

“Yes, Sylvia?” I answer right away.

For the past five months, I’ve been an intern at Hillcrest Production Company, and I have one more month to go until I officially graduate at the top of my class, which is why Hillcrest chose me. I was brought on in the marketing department to bring fresh ideas for promoting their movies. I knock on the closed brown wooden door and hear someone say to come in.

Turning the silver handle, I open the door, surprised to see five people sitting around the conference table. Sylvia, head of the Public Relations department, sits next to Ryan, the owner of Hillcrest. The rest of the department heads, from the CFO to the COO, fill the other chairs. It’s the who’s who in the movie business. Not the actors and actresses but the ones who build the movie from the ground up. From set design to filming to producing to marketing, it all takes place under one roof.

“Erin,” Sylvia says, “have a seat.” She motions to one of the empty chairs, and I nod and sit down. The nervousness of all the eyes on me makes my mouth dry. I put my hand on top of the table and look around. Ryan looks at me and smiles.

“Relax,” he says, “you haven’t done anything wrong.” His words make me breathe out a sigh of relief. “In fact, I’ve heard only good things.”

“That’s good to know,” I say, and then he leans back in his chair.

“I’m going to cut right to the chase,” he says and then looks over at Sylvia, who just nods at him. “For the past five months, we’ve been watching you, and we love the ideas that you have brought to the table.” I look over at Sylvia and wonder where this is coming from. She hasn’t exactly welcomed me with open arms, so it’s no surprise she’s rude because it was evident from the first day I started interning here. Hillcrest Production Company is a dream for anyone who wants to work in the PR field. There is no sugarcoating, and I know I have a month left before the contract expires. “We have a job for you, and well . . .” he says. Sitting up, he puts his hands on the table. “If you can actually do this, I’d love to hire you for a full-time position either here or in the New York office.” Not only does Hillcrest run L.A., but it runs New York also.

This must be a joke, right? “I’m not sure what to say,” I answer, trying to find my words and not sound like an idiot. To be in charge of a whole PR team is hands down one of my biggest dreams.

“Don’t say anything yet. Wait until you see what you need to do,” Sylvia says, and I swear she hides a snide smile.

“It’s not that bad,” Ryan says and then looks at me. “What do you know about Carter Johnson?”

I look at them. “The one who just signed on to be the Loyalist?” HillCrest is going all out on their next movie. You don’t have to live under a rock to know that their last movie starring Tyler Beckett killed it at the box office. You also don’t need to know the who’s who in Hollywood to know that Carter Johnson is the next big thing. Word going around says this is his biggest contract yet.

“That’s the one,” Ryan says, and he looks at me, tapping his fingers on the table.

“He’s the biggest gigolo out there,” Sylvia says, “and he’s a PR nightmare. He was just shown on TMZ walking into a hotel with two women and then walking out six hours later with a smile on his face and a cigarette hanging from his mouth with his shirt unbuttoned. I think there were even scratch marks, and I saw at least one bite mark.” I don’t say anything. I can’t say anything because it’s actually all true, and it wasn’t just on TMZ. He headlines every single gossip site at least once a week as he literally fucks his way through Hollywood. Last week, he walked out of the same hotel at two different times with two different women. Both of them draped all over him.

“I have heard of him,” I say to Ryan and then look at Sylvia, hoping she gives me something.