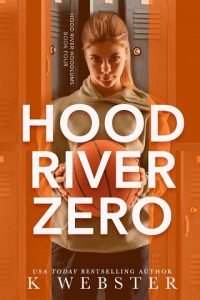 I always hear his voice. Cal. My best friend. But it’s muted and fuzzy. Always too far out of reach, just beyond the darkness. My mouth opens, but nothing comes out.

Only echoing inside of me, but never leaving my lips.

Sometimes I feel his hand. I want to squeeze it and let him know I’m in here. Lost. Confused. Hurting. But if he’ll keep calling to me, I’ll find him.

The darkness always swallows me up, though.

One day he’ll find me and yank me out of here.

I squint against the harsh light, confusion fragmenting my mind for a moment. As I take in my surroundings, everything pieces back together.

I’m no longer in a coma.

I live with Cal.

“You feeling okay?” Cal asks, entering my room, a frown marring his face. “You look like shit.”

I manage to shoot him the bird. “Morning to you too, fucker.”

“I don’t feel like hell,” I tell him honestly. “That was yesterday.”

My head is no longer on the brink of exploding into a thousand pieces. I feel groggy and exhausted, but not in pain.

I could kiss Garrett right now.

Cal saunters into the room and picks up one of my prescription bottles. “These help?”

“Yeah, man. They do.” I sit up on my elbows, taking in my friend’s appearance. He’s dressed casually since he doesn’t have class until the spring semester starts in a week, but something is different about him. “What’s going on with you?”

He grins. “I have a surprise for you.”

I roll my eyes because with Cal, there’s no telling what the fuck that could be.

“You have to get dressed for it,” he says. “Do something about that face too.”

Flipping him off, I roll out of bed and head out of the bedroom to grab a quick shower. Someone’s cooking in the kitchen, and based on the delicious smell, it’s Charlotte. It’s kind of nice having a chick around who likes to cook.

Soon, she’ll be a permanent chick.

I still can’t believe my boy proposed to her. Cal fucking Hutton. I never in a million years would have imagined he’d settle. Charlotte’s cool, though. She’s smart and sassy, not some bimbo bitch like Cal usually goes for. Charlotte loves him and he loves her. I’m envious, but not stupid. I know a happily ever after isn’t in the cards for me.

Ryan Cunningham made sure of that.

If his ugly, blind ass wasn’t already behind bars awaiting trial, I’d find a way to get him there. I can’t believe that psycho has messed with our lives as much as he has. All because he was obsessed with Charlotte.

His charges go on and on. He’ll never leave prison. Neither will his father when he finally gets there. I feel there’s some poetic justice served. Michael is in a coma like I was. An eye for an eye, motherfucker.

After I shower, I dress in some OSU sweats and a hoodie. I throw on some socks and my red Nike LeBron 17 basketball shoes. I grab my morning medication and follow my nose to the kitchen table.

Charlotte is domestic as hell pouring orange juice into glasses. Her blond hair is messy and she’s not wearing any makeup, but she’s still a knockout. Cal’s lucky her pretty, young ass wanted him.

He smirks at me as he smacks her ass. “Looks good, loser.”

Only Cal would get away with calling his fiancée “loser.”

“What’s on the agenda today?” Charlotte asks as she hands me a plated omelet with a side of fruit. “Anything fun?”

“Whatever this idiot has planned,” I tell her, diving in. “It’s a surprise.”

“A surprise, huh?” She stabs at a strawberry with her fork before darting her gaze back and forth. “Aren’t you a little scared? Cal’s surprises are always…special.”

Cal’s grin widens into something dark and wicked. “Only yours, Charlie girl. T gets the nice surprises.”

She sticks her tongue out at him and I laugh.

“You going to be okay while we’re gone?” he asks, his features growing serious.

Ever since Charlotte was abducted, raped, and nearly killed, he’s been overly protective of her. I’d be the same way if that shit happened to my girl. Hell, Char’s not even mine, and I still worry over her ass.

“Loden’s going to come over,” she assures him. “We’re going to be job hunting for him.”

“I still can’t believe he’d leave the rock star life to slum it in Hood River,” I say after I’ve inhaled my omelet. “It’s got to be boring as shit in comparison.”

“I’m sure it is, but he needs boring. He spirals from the pressure. We’re going to look for a job that makes him happy and doesn’t stress him out.” She frowns at me. “Speaking of jobs, have you started looking?”