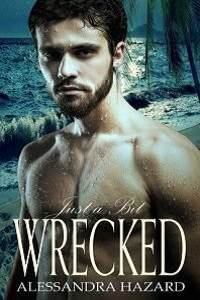 “Stop staring at them, honey. You’re being terribly rude.”

Andrew Reyes tore his gaze from the gay couple and looked at his wife. Vivian was frowning at him, disapproval plain on her kind face.

Andrew scowled. “What’s rude is that they’re practically groping each other in front of us,” he hissed. “It’s a public place. It’s bad enough that we have to sit next to those people for hours, but we don’t need to look at that—that indecency.”

Vivian chuckled, patting him on his arm. “Indecency? You sound like a Victorian lady from some BBC period drama. It’s the twenty-first century, Drew. Let them be.”

Andrew glared at his wife, annoyed that she didn’t share his annoyance. His gaze returned to the couple they were sharing the first-class cabin with, and he scowled again.

The older man, the one with dark hair and chocolate-brown eyes, was leaned back in his seat, his posture lazy and indulgent. The top two buttons of his blue shirt were unbuttoned, revealing a hint of his muscular chest.

The other guy, a redhead, was practically in his lap, kissing the man’s tan neck. Andrew couldn’t see his left hand, but he was pretty sure it was under the dark-haired man’s shirt. It was absolutely disgusting.

Andrew barely heard her. His gaze followed the redhead’s right hand as it trailed down the other man’s muscular torso, over his abs, to his belt—

Brown eyes locked with his. Their owner raised his eyebrows, staring him down.

Andrew glared at him, his face warm. He felt embarrassed, as if it were him who had been caught behaving shamelessly in a public place.

“Tom, move to your own seat,” the man said, pushing the redhead away gently. “We wouldn’t want to offend anyone’s sensibilities.”

The redhead—Tom, apparently—whined. “Come on, Logan, just ignore the bigot,” he grumbled, kissing him on the jaw. “He’s been gawking at us since the airport.”

Logan glanced at Andrew. “I know.”

Flushing, Andrew looked away and glowered at the clouds outside the window.

Vivian cleared her throat. “I apologize for my husband,” she said. “Andrew didn’t mean any offense.”

“No, really,” Vivian said. “He’s not bigoted. My brother is gay, too, and Andrew gets along with him just fine.”

Andrew smiled a little, feeling a rush of fondness. Vivian was ever the peacemaker, but that was an exaggeration even by her standards. He did get along with his brother-in-law, Derek Rutledge—if by “getting along” one meant that they tolerated each other for the good of the company and for the sake of Vivian. They barely spoke to each other if it didn’t concern Rutledge Enterprises, and Andrew talked to Derek’s husband even less. He couldn’t stand them, and it had nothing to do with him being bigoted. They had simply stolen everything he had worked for since he was twenty.

Sighing, Andrew reclined his seat back, closed his eyes, and tried to fall asleep. Sleep would help him pass the long flight from Tahiti back to the US, and it had the added benefit of preventing him from having to look at those people for hours. It had been a relaxing week, just the two of them in the beachside cabin they were staying in, but he felt so annoyed and tense now that he doubted he’d be able to fall asleep.

He must have managed to do it, because the next thing he knew, he was startled awake by a violent jolt.

For a moment, Andrew was disoriented, unsure where he was and what was happening.

The plane shuddered, again and again. They seemed to be caught in a thunderstorm, the clouds outside the window very dark, with lightning striking around them with alarming frequency.

The intercom chimed, followed by a tight female voice requesting all passengers to put their seats in the upright position and buckle down.

Doing as he was told, Andrew looked at Vivian in the seat next to him. She was very pale, her fingers gripping the armrest hard.

“Hey, it’s normal,” he said with a reassuring smile. “Turbulence. Every flight experiences some. Lightning can’t hurt the plane.” He tried not to think about the exceptions to the rule—the few cases when planes had crashed or been ripped apart due to bad storms. Those cases were a statistical anomaly.

Vivian smiled back faintly and nodded.

A man raced past them in a hurry, some crew following him a few seconds later. Another bump in the air rattled the plane again, the trembles becoming more alarming. Someone in economy screamed.

Vivian reached out and grabbed his hand.

“We aren’t crashing, don’t be silly,” Andrew said, squeezing it.

She didn’t say anything, just looked at him with wide eyes full of terror.

Swallowing, Andrew took a deep breath. He knew he must remain calm for her sake—even if he was nervous, too.