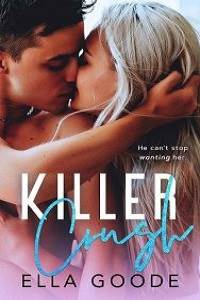 “Hey, seatmate, I’m Trinity, but all my friends call me Trin.” The girl next to me sticks out her hand. I stare at it for a half-second and then return to packing my bag.

Next to me, the girl with the pink lipstick and extra-large forehead gives off an exasperated breath. “I was just being nice. You don’t have to be a prick about it. God.”

I zip up the backpack and get to my feet. “Sorry, just plan to study.”

Unwillingly, my eyes return to her forehead. She’d be an easy mark. I wouldn’t even need to worry much about the wind cuz the target’s so big. I wrench my eyes away and force myself up the aisle. I’m not that person anymore. The time for looking at people and determining the best way to kill them is past. I’m Daman Patrick, a twenty-five-year-old non-traditional student trying to get his landscaping degree. I thought about getting into accounting but then remembered all the mob CPAs I offed in my eight years as a paid assassin. I think the number was around fourteen by my last count but those are old figures. I stopped tallying a couple of years ago because it was messing with my head.

“I wouldn’t have said anything but you were staring at me the entire class. I get that I’m intimidating to people and you’re older, but if you want to buy me a latte or something I’m open.”

Guilt slows my footsteps. I was staring at her, but who wouldn’t? The target landing was as wide as a runway. If I joined one of those killer group chats, her forehead would be the type I’d share. If I did those things, which I didn’t because what a dumbass way to get caught. One time, a couple years ago, Interpol infiltrated a group on Instagram. Instagram! How fucking dumb could you be? I had to go and kill all of them. He’d paid me a fuckton of money for it and inadvertently jump-started the idea of retirement. He says that’s his biggest regret and if he had to do it all over again, he would’ve hired someone else. I was the best for the job, though, and we both knew it. No one else could’ve carried out the five hits with as much efficiency as I did. To be fair, I caught two of them in bed with each other. It was literally killing two birds with one stone.

“Are you listening? Can you hear me?”

I look down to see the girl at my shoulder. What was her name again? Three? “I heard you, but I don’t drink coffee.”

Her large forehead crinkles into about eight lines. “Your loss, asshole,” she snaps and storms by me.

I scratch my chin. That interaction didn’t go great. Maybe I should’ve bought her a coffee. What did my book on making friends say? Oh, right. Act interested. I try to remember exactly how. The book had examples in it, but I don’t remember a section on how to deal with people you don’t care about. I’ll have to review it at lunch.

I cross the wide, green campus lawn where students sit under the low canopy of the cherry trees. The leaves are falling off and it provides less cover. I always had this love/hate relationship with trees. They provided good cover but also interfered with my long-distance shots, particularly on days that were windy. Wait. Fuck. I’m doing it again. I give myself a mental slap. I’m not an assassin, I remind myself. Every scene I come across doesn’t need to be dissected for sight lines, obstructions, and the best vantage point for a kill shot.

I reach under my fake lenses and rub an eye. This civilian life is harder than I thought it was going to be, but if I don’t make a harder effort, I won’t blend. And if I don’t blend, then someone like me will come along and put a bullet in the middle of my forehead.

The cafeteria slash bakery slash coffee shop place in the Anderson Center is packed and loud—so loud, I wish I had my semi-automatic Glock with the thirteen bullet magazine to wipe a few of these shouters out. I’d be doing a favor for the whole of the student union.

“Watch where you’re going, dude,” says a guy sitting at a table to my left. His hand is clutched around a book that I almost knocked off with my hip. There’s a small speaker on his table and music is blaring out of it. If I were that man before, the one who killed for a living, I’d pay myself to off this guy. A speaker in a public place? That should be a firing-line offense. I’ll deal with him later. After ten minutes, I finally get up to order. There are always too many options which I don’t like. Give me a binary choice—coffee or tea; ham sandwich or turkey sandwich. There doesn’t need to be twenty different kinds of coffees, cookies, desserts, and sandwiches.