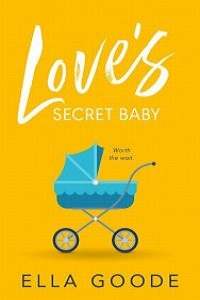 My grandmother is ninety-two and sharper than ninety-nine percent of the people alive, which is why she is still the chairperson of Willits. My father tried to stage a coup when he was fifty and Gran was eighty-five. He lost and was banished to run a small conglomerate in Utah. We see each other only at Thanksgiving, which is a holiday Gran hates and so it is a date that does not exist in her world. My older sister has never wanted anything to do with the company, leaving me as the Willits heir. Everyone is waiting for Gran to die so I can take over and start running the company less like an imperial dictatorship and more like some kind of benevolent democracy. Little do they know—I hate Thanksgiving, too.

I hitch up my pants and take a seat at the breakfast table. It’s a fifty thousand dollar antique made of red lacquer and mother-of-pearl that once sat in the palace of the empress of China. It should be in a museum instead of sitting in front of a bank of windows overlooking a manmade pond that houses two black swans. I haven’t sat at the table for nearly two years.

A maid dressed in black comes up silently and pours me a cup of coffee. She steps aside and is replaced by another maid, who pours a tablespoon of cream into my coffee. I wave her hand away when she attempts to stir it. When Gran sees me, she presses her lips together in a sign of slight disappointment. The Willitses may not have been born into royalty, but we have made our own kingdom where our rule is absolute.

“You have staff for that,” she says when I place the small gold spoon on the side of the saucer.

“I also have hands.”

Her lips grow thinner. “Your hands exist to do important tasks and stirring your own coffee is not one of them.”

“If I don’t use them, they probably won’t be able to do any of those important tasks.” I sip my coffee and wait. She’s called me here for a purpose and it’s not to discuss whether I should be allowing someone to fix my coffee. This is an official state visit. It’s not as if the queen opens her doors and shares her breakfast table with just anyone—not even the heir to the throne. For the past two years, I’ve been in Hong Kong adding to the Willitses’ treasure chest. Gran called me home. It was time, she said. For what, though, I have some dread.

And there it is. I’m not surprised. What good is an heir without children? The name will die with me and then everything the old woman has worked for will be for nothing. “I am. You threw me a very classy birthday party last week.”

It was on a yacht, which she said was my present. She had it delivered to the Hong Kong harbor. All the locals were impressed but I already have a boat. It’s a small one with only one bedroom instead of three and only two decks instead of five and, most importantly, mine doesn’t have a helicopter pad. That was an intentional oversight because I get on my boat to escape from being a Willits. Distance does not make Gran happy. If you’re part of her inner circle, she wants you a finger’s length away. The fact that I have my own penthouse thirty minutes away is infuriating. The existence of my boat that has no satellite or landing space is unspeakable.

“I should have had more children so I would not have to rely on you.”

“You know what you can do. You can find a bride and have some children. I think five is a good number.”

I place my now empty cup back onto the table. It’s full before I can tell the maid I’m done. “I’m not getting married,” I reply. “We’ve had this discussion every year for the past three years.”

“I cannot believe you are still mourning that Harris girl. She wasn’t worthy of you anyway.”

“I guess we’re done here.” I get to my feet. A sharp claw whips out to grasp my wrist.

“Wait.” It’s more of plea than a demand and the plaintive note in her voice makes me pause.

“I’m very tired. I sense my time is near.” Her head lowers as if the weight of it is too much for her neck to bear. “I need to know that my empire is safe with you.”

“I’ve been the ostensible head since I was twenty-eight. Since then, I’ve doubled our revenues and our operating profit.” I try to gentle my tone because she is my gran and she is very old. “You know that it is safe with me.”