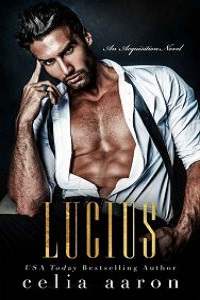 A ghost flits through the forest at the southeastern edge of my property, the trees hiding its movements. But I can sense it even if I can’t see it. It’s been haunting me for weeks.

I sip my bourbon and kick my feet up on the second-floor balcony railing as a muggy nighttime breeze stirs and eddies around my home. Out there in the dark, someone is playing a game with me. One that will most likely end up with one of us dead. I flex my free hand, the knuckles scarred from a life of solving the “him or me” equation that has defined human existence since Cain and Abel. Unfortunately for the ghost, I always win, no matter the cost. This intruder will go down like the rest, but I’ll wait for him to make his move. For now, it’s enough to know he’s out there as I lean back in my chair and breathe in the humid night.

The house’s square edges and neat lines jut out into the well-trimmed lawn, imposing its presence—my presence—on this piece of land. So different from what it once was. Gone is the gaudy French palace that once metastasized onto the dark Louisiana dirt. The overbearing estate and its master were both turned to ash five years before. But the Oakmont property has a special place in my past, so much so that I bought it and built my modern mansion on top of the former home’s ruins. And if some of the victims’ ashes are crushed beneath my feet with each step along my floors? All the better.

I take a bigger swallow of the bourbon, the burn nonexistent in this near-priceless bottle. Only the best for a Vinemont. I would laugh at the thought, but I’m too focused on the woods, the moonlight filtering through the leaves, the darkness holding sway, oozing around and between, coating the spaces where I can feel the ghost watching and waiting.

Enemies are nothing new. Not for a man like me. But I admit this one is different. Patient. Not coming for my blood in the sloppy, haphazard way that so many others have. This ghost is wary.

I raise my glass and tilt it a little. “To you, ghost.” The liquor slides down easy, and I stand and return inside, the glass door sliding shut behind me with a near-silent thunk.

Heading down to the first floor, I bypass my main living area and delve even farther, descending the staircase into my damp basement. A small puddle glimmers, my reflection inky as I pass and make my way to the very back, the deepest and dankest spot in this part of Louisiana.

“How are we doing?” I pull a sparse chain on a bare bulb, the light immediate and bright.

A man squints at me, one eye swimming with blood and the other laboring beneath a black and swollen lid. “Let me out.” His voice is quiet, hoarse from useless screaming.

“Not until you tell me what I want to know.” I cross my arms over my chest. “I can wait, but I’m getting tired of coming to check on you. I have a business to run and shit to do.”

“Fuck you.” He strains against the barbed wire I’ve wrapped around him, but he isn’t going anywhere. “My people will come for me. You can’t keep me here without someone finding out. I’m a goddamn judge, for Chrissakes!”

“It’s been three days, Leonard. Three days of you screaming and pissing yourself. No one has even sniffed around about you. Were you reported missing? Sure. Will anyone connect it to me? Not a fucking chance.” I run a hand through my hair, a simple movement intended to calm the rage burning through my veins as I remember his sins. “You made a big mistake going after my nephew. The guys you sent died screaming. But first they squealed just like you’re going to squeal.”

The papery skin on his forehead wrinkles, and he clenches his useless fists. “Someone will know. They’re probably out there right now, waiting to storm this place. And once I’m free, they’ll kill your filthy family—your brat nephew and nieces, their bitch of a mother, and your brothers. The Vinemonts will suffer for what they’ve done, the decent people they’ve murdered, the ruin they—”

“You tried to kill a child, Leonard.” My calm voice belies the raging volcano inside me. “A six-year-old.”

“That was your mistake. Now, tell me who’s behind it. I know you didn’t come up with it on your own. That addled brain of yours isn’t capable of any sort of real plan.”

He stares up at me, malevolence in his battered eyes.

I’ve never been a patient man, and Leonard isn’t doing a thing to change that. I want to twist his neck and hear it break, but I need to wait. And he’s right—someone is out there watching me, but I have a gut feeling they aren’t interested in this particular shitbag. Otherwise, the ghost would’ve materialized by now. No, the patient specter doesn’t care for Leonard, likely doesn’t even know he’s here.