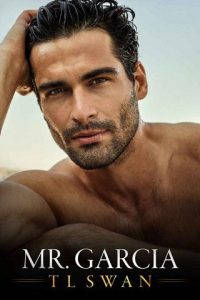 The whirl of the traffic spins past at a deafening speed.

People, like ants, conform as they rush along the congested sidewalk.

Morning rush hour in London is always hectic. A fast-paced mecca filled with the busiest of the busy people, and I’m no different, I’m rushing to get to my job at a coffee house.

I’m late, as usual, after studying into the early hours of this morning.

I really need to get a High Distinction on my test this afternoon. Getting a full scholarship for my law degree was amazing but living on the other side of the world from my family and friends now is not.

If I get enough HDs, I’m hoping to transfer back to the United States and study there. At least then I’ll have my family, and being a broke student won’t be so fucking lonely.

I stride up to a busy four-way intersection. It’s packed, and a lot of people are waiting for the lights to change to cross the street. I stand up against the row of shops, waiting, only to glance over and see a man on his knees, disheveled and shoeless. He sits on his knees holding a cup out, asking for spare change from those around him. I take out my purse, damn it, I don’t have any cash on me.

My heart constricts as everyone pretends not to see him, like he doesn’t exist or matter—a stain on society.

How did we become so numb to the homeless and poor? It’s just assumed he’s an addict. That’s how these people justify ignoring him. They think that if they react, then they will be feeding his addiction. They think you have to be cruel to be kind.

I exhale at the thought of our depressing reality. One filled with brand names and social media. Everything this poor man is not.

From the corner of my eye, I see a man stop in front of him.

He’s tall, wearing an expensive suit. He looks cultured and wealthy, with black hair and a handsome face.

He stands and looks down at the man.

Is he going to call the police? Or worse…

He drops to one knee in front of the homeless man, and my heart constricts.

The lights change, but I’m too worried to walk across the street. I need to see what this guy is going to do. He’d better not drag him to his feet, or I’ll lose my shit.

I get a vision of me kicking the handsome man in the balls in the beggar’s defense.

The man in the suit says something, and the homeless man nods. I watch as he reaches into the inside pocket of his suit jacket to retrieve his wallet, pulls out a fifty-pound note, and he hands it over.

He asks the homeless man a question, and the beggar smiles up at him as though God himself has just bestowed a sacred gift. The homeless man puts his hand out to shake the handsome man’s hand, and he shakes it with no hesitation.

With a kind nod, the rich guy stands, completely oblivious to anyone around him, and he bids him goodbye before he turns and crosses the street.

I watch him walking away, and I smile to myself, my faith in the human race restored.

Wow, that was unexpected. I continue on my way with a spring in my step. I finally cross the street and make my journey via two streets before I walk two blocks, and I catch sight of the man in the suit up ahead again. I crane my neck to look ahead to see him, he disinfects his hands with a small bottle of hand sanitizer that he has pulled out from his pocket.

My heart swells. He waited until he was out of the homeless man’s sight to clean his hands.

I stop still and watch him, he’s handsome and possibly in his mid-thirties.

I wonder who his wife is, lucky bitch. I bet his kids are kind, too.

He disappears around the corner, and I turn and walk into my coffee shop, listening to the bell over the door ringing out.

Monica looks up from her place on the register. “Hey.”

“Hi.” I smile and walk past her, out the back to put my bag in a locker.

The café is packed with every seat occupied. Damn it, I was hoping for a slow morning. I need to save my energy for my exam this afternoon.

“Hey, chick,” Lance says as he carries a box of cups out the back door.

“I thought you were working tonight,” I frown.

“I got called in.” He sighs. “So not in the mood for this fucking shithole today.”

“Join the club.” I put my black and white apron on and tie it at the back before I walk to my place at the cash register. “I’ll take over.”