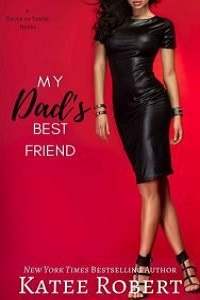 All my life, I’ve done the safe thing. I’ve stayed on the path set out for me, and colored within the lines. I’ve been the obedient daughter, the excellent student, the driven employee. If I haven’t flourished, well, at least I haven’t floundered.

Taking the safe option might be an asset in a daughter and employee, but it isn’t for the owner of a company. It’s a hard lesson I’ve learned in the last six months, and if I don’t change my ways, the company my father built from the ground up will fall to pieces under my watch.

Which is why I’m standing in the pouring rain, dredging up what few scraps of courage I can muster, staring at the house of a man who’s made an art of avoiding me. I’ve tried email. I’ve tried calling. Jonas Barnett has ignored me, growled at me, and hung up on me. It couldn’t be clearer that he wants nothing to do with me. The safe choice would be to move on to another architect, to convince my client that there is someone else who can fill the need for their dream home.

I need Jonas for this project. No one else. I just have to find the right words to convince him, something I won’t be able to do while I stand here and get soaked. I really should have packed an umbrella, but in the adrenaline-rushed decision to fly up to Washington, book a rental car, take a ferry to Orca Island and drive all the way around the upside-down U-shape that was this island, I forgot.

Surely I have enough adrenaline left over to knock on the door?

I drag in a breath and march up the stone steps to the charming house. It looks nothing like the style Jonas became known for when he first started working with my father. It’s not streamlined or modern or heavy in steel and concrete. Instead, it’s positively cozy. Like a house where a reclusive artist or author would live, which makes it fit in seamlessly with the rest of Orca Island that I’ve seen.

I take a deep breath, irritated at myself, and knock on the door. Silence. A frisson of worry spears me. I didn’t call to tell him I was coming—for obvious reasons—but he just hung up on me yesterday. Surely he hasn’t decided to jaunt off somewhere? I give a grim smile. That would be in line with my luck since taking over my father’s business. Nothing’s gone right. It doesn’t matter that I worked closely with my father for four years before he decided to retire. He’s no longer in the office and suddenly every time I turn around, there’s another fire to put out with my bare hands.

I need a win. Just one win to get me back on track.

I knock again, harder this time. When there’s still no answer, I curse and poke the doorbell three times in rapid succession. I’m losing it, but I’ve come too far to go back now. I hit the doorbell one more time for good measure, and that’s when I hear stomping coming from inside the house.

The door jerks open and there he is. Jonas Barnett. We’ve only met in person a handful of times, but that first encounter has been tattooed on my brain for the last six years. Somehow, he looks even better than he did the last time I saw him. His blond hair is now threaded with silver, and I’m irritated to realize it looks good on him. So do the laugh lines on his face. So does the lean body shown off by a plain white T-shirt and faded jeans. My gaze catches on his bare feet. “You’re not wearing shoes.”

“What the hell are you doing here, Blake?”

Ah, right. Focus. I need to focus. Getting sidelined by how frustratingly sexy he is will just lead me down the path to the memory of how the night the Christmas party ended. This man has rejected me enough for several lifetimes, and if I didn’t need him for this project, I would tell him to go kick dirt. Except I wouldn’t because I’d have no reason to call him up in the first place. “If you’d stop hanging up on me like a child, I wouldn’t be standing on your doorstep.”

He leans against the door frame and gives me a once-over. I started this trip looking like a put-together business woman in a slim button-down white blouse, a pencil skirt, and reasonably low heels. I even stopped to freshen up twice—at the rental car place and on the ferry before we arrived at this island. For all the good it did me. No doubt I look like a drowned rat now.