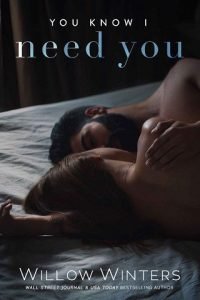 You said you’d love me forever,

But forever was too long.

You said I was your one true love,

But the two of us were wrong.

It’s deceit and lies that broke us,

And left me living in pain.

Forever was supposed to be ours,

But forever was said in vain.

It’s not every day you read in the papers about your husband going to jail. That’s one way to find out, I guess.

My heels click steadily on the sidewalk as I make my way to the end of the block; just a little farther until I’m home. The plastic bags from the grocery store on the corner dig into my arm, the grooves getting redder with every few steps.

It hurt after a few blocks, but I didn’t care. Now I’m just numb to it. I focus on the front door to my townhouse the second it comes into view. Jail. Evan is in jail and the vise squeezed tight around my heart has been unrelenting since I read the article at the corner store.

It doesn’t take long before my gaze is drawn from my building to a figure waiting for me.

Standing in front of the building with her arms crossed over her chest, is a cop. She’s dressed in dark navy pants and a matching jacket that’s not quite baggy enough to hide her curves. She’s short, with her blond hair pulled back into a low bun and covered with a cap. My pace slows as I spot her, and I want to break down all over again.

If only I’d stayed holed up in the apartment and didn’t have to eat. The thought is bitter as I walk forward. Each step hurts more and more.

I must still love Evan, because knowing he’s in trouble twists me up inside.

It was the sign I was looking for, though. The one that drove the nail in the coffin to my marriage. It’s really over. He’s only in holding, so there’s no way for me to get him out of this, but if there was, I’d bail him out and hand over divorce papers the moment we were out of the precinct.

“Mrs. Thompson,” the cop says as I traipse up the stone steps.

“Hello,” I respond awkwardly, not wanting to look her in the eyes as shame creeps up and makes the cold air feel even colder.

“I’m Detective Nicoli,” the woman says and I nod my head, feeling the pinch from the grocery bags digging even deeper into my forearms as I shift on my feet.

“How can I help you, Detective?” I force myself to straighten my shoulders, pretending I have no idea why she’s here.

“I’d rather not,” I answer, my voice a bit harsh. I struggle with the bags slightly, hearing them crinkle as I let out a low sigh. “It’s been a long few days and I don’t want company.”

“The bags under your eyes could have told me that,” she says with no sympathy in her tone.

I huff out a humorless laugh and tell her thanks, the S lingering, intending to walk right by her and into the townhouse, but then she adds, “I’m sorry for what you’re going through.”

With that, I hesitate.

I stand there, taking the sympathy. More than that, I need it. Tears burn my eyes as I look back at her. “What do you want?”

“It might be better for you if I could come in,” she suggests, looking pointedly at the bags on my arms.

I shake my head. That’s not happening.

The charge will be murder if the papers are telling the truth.

I’m not interested in hearing from anyone other than my husband. He hasn’t been formally charged yet, but for it to be in the papers, there’s a fifty-fifty chance they have enough to arrest him as far as I can tell, and I’ll be damned if I let her inside, and … More shame consumes me at the thought of making sure I don’t give them any evidence that could help convict him. As if he really did it. There’s no way he did. My husband’s not a murderer.

“Ask me whatever you’d like, Detective, but make it quick.”

“I know you two are getting a divorce,” she says and the article from two days ago flashes in my memory. “I’m sure you’ve heard he’s going to be charged with murder, given your position in the social circles around here.”

A deep inhale of the frigid fall air chills my lungs to the point that it’s painful. The article was all about how Evan lost his job, his wife, and now he’s about to be charged with murder. My heart thuds dully just the same it did when I first read it, as if it’s lifeless.

“I wanted to know if you had any information that you’d like to give us,” Detective Nicoli says and I shake my head, not trusting myself to speak.