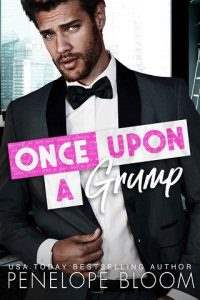 You could say I’d made a mistake–sure, you’d be guilty of the world’s largest understatement, but you could say it.

The way I saw things, I had two options. I could wallow in self-pity and drown my sorrows in soda and sweet candies. Or I could look at this wonderful disaster as an opportunity to hit the old reset switch. I could be like a peppy little phoenix, reborn from the ashes of my former life.

I’d never been much for feeling sorry for myself. That’s why I’d loaded Termite up in my car and headed off for a job interview in a place I’d never heard of.

By the time we arrived, I was more than a little sleep deprived after days of long driving. My stomach was rumbling from all the road snacks and fast food I’d eaten. It was three in the morning, and I still needed to find a place to stay the night. Rain had been pouring for hours and the rumble of thunder seemed ever-present.

I gave Termite a nervous scratch behind her ears. “This definitely isn’t a bad omen.”

Termite hated storms. She gave a pitiful little grunt, almost like she was disagreeing with me.

Termite kept shaking in the passenger seat. I gave her a reassuring pat and sighed. “This is our new beginning. Unless a bolt of lightning takes me out, at least.”

I pulled off to the side of the road and checked the email one more time. According to the website I’d applied through, Stone Financial Corporation was a juggernaut in the business world. Their brand new sixty-story skyscraper was in a place called Fairhope, Colorado. I hadn’t even done a quick search on the city, but I double checked the address to make sure there weren’t two places called Fairhope.

It may have been dark and my vision was clouded by sheets of rain, but Fairhope looked more like a sleepy little town than some bustling city that would be home to a big corporation.

“Think this is it?” I asked Termite. I’d been talking to my dog a lot since I left home yesterday. Hopefully that didn’t mean I was losing my mind.

I sighed. Termite was some sort of pug mixed with God knew what. She was also the only female dog I’d ever met who had a bit of a humping problem.

I ducked my head, trying to look through my windows from where I’d pulled off on the side of the road. My headlights cut through the pouring rain to light a sign that read Fairhope Colorado in cheery red lettering, but the “e” looked like it could fall at any minute. Past the sign, brief flickers of lightning lit rows of single and two-story buildings as well as some more scattered homes along the rolling hills in the distance.

A huge lightning strike lit everything with pure white light for a split second, giving me a glimpse of the towering skyscraper behind Fairhope. It speared into the rainy night like some phallic middle finger to the small town below it. It came and went so quickly I almost wouldn’t have believed it if the afterimage hadn’t burned into my eyes. I blinked rapidly, watching the reddish ghost of the tower flick across my vision.

“So weird,” I muttered to myself. I thought zoning laws prevented skyscrapers from being built near towns like this, but apparently that wasn’t the case here.

I was yawning non-stop and craving a warm bed, but I also couldn’t resist getting a closer look. It was just too weird. I put the car back into drive and headed slowly toward the building. The drive took me through Fairhope and back out the other side of Main Street. I eventually hit a patch of freshly built suburban houses and all sorts of construction. It looked like the entire place had popped up overnight.

A sign outside the skyscraper read “Stone Tower”. I pursed my lips thoughtfully. Sounds kinda evil, I thought. But no matter how weird or evil this whole thing was, it was also perfect. They’d recently finished construction and were still recruiting heavily. I may have only been twenty-five, but I’d been working in financial services for three years already and had an impressive resume.

I parked out front and narrowed my eyes. The ground floor was lit and I saw a man in what looked like pajamas pouring himself coffee through the many windows. It was an oddly cozy sight with the rain pouring down outside. I bet it was warmer in there than my crummy car was managing.

I tapped the steering wheel anxiously. I should really go find a hotel, or even a motel at this point–if it had a bed and a door, I would be more than happy. But I also happened to be a bit over-curious. More than a few former boyfriends had broken up with me over it. My insatiable curiosity had also sort of kicked off the chain of events that led to the rubble of my former life back in New York.