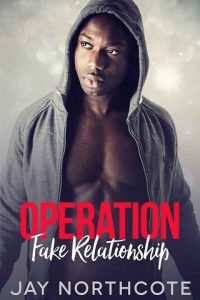 Nick stirred the sizzling pan and moved his body to the music that was pouring out of the kitchen speaker.

“It won’t be much longer. Can you pass me another beer?” He glanced over his shoulder at his long-time friend and flatmate, Jackson. “Hey. Were you staring at my arse?”

“Hard not to when you’re waving it in my direction.”

Jackson’s tone was casual but he turned away quickly.

Busted. Nick reckoned his cheeks must be burning. “Good to know I’ve still got it.” Nick grinned.

Jackson didn’t respond to that. With his back to Nick, he got two beers out of the fridge and opened them, before passing one to Nick.

“Thanks.” Nick went back to his stirring and dancing. He couldn’t keep still when he was playing dance music. The track by Sash! poured through him, lighting up his muscles with the memory of all the nights he’d spent shaking his arse on a podium to pay his way through art college.

The music stopped abruptly, cut off by Nick’s ringtone heralding an incoming call. “Bollocks.” He stopped mid hip wiggle to glance at the screen. “Ugh. It’s my mother.”

Curious as to why she’d be calling him, Nick picked up his phone. “Yeah. I’ll get it over with. At least I have a legit excuse to keep the conversation short.” He answered the call. “Hi,” he said, tone carefully light despite the frisson of anxiety that ramped up his heart rate. What the hell did she want? She hardly ever called. Most of their communication was via the occasional email—which was how Nick liked it. He couldn’t help wondering if this was something bad.

The sound of her voice alone was enough to make Nick’s tension levels rise even more. His shoulders tightened and all the loose fluidity of his body from moments before vanished like water turning into ice.

“Hi, Mum.” It felt odd calling her that, lending an ease and intimacy to their relationship that he’d lost a long time ago. He never referred to her as his mum when she occasionally came up in conversation with friends—or more often with his counsellor. She was always his mother then. “How are you?” He tried to sound a little more friendly than he felt as guilt and resentment tugged him in two directions.

There was an awkward silence. They didn’t talk often enough to know much about each other’s day-to-day lives so there were no threads to pick up, and Nick had no desire to attempt polite conversation.

“Did you want something?” he asked. “Only I’m in the middle of cooking—”

“Yes, I did actually.” There was a pause as she sucked in a breath. “Nick… I’m calling to ask if you’d come home for Christmas this year.”

It was Nick’s turn to pause. Fighting the instinctive reaction to refuse immediately, he took a slow breath, gathering his thoughts.

Jackson gave him a questioning look. “You okay?” he mouthed.

Nick shrugged and then nodded to reassure him. Before he could decide how to respond, his mother continued.

“Please, Nick?” Her voice was soft with a rare edge of vulnerability. “I know you find family gatherings difficult, and I know you prefer to stay away. But Maria and Adrian are coming with Seth, and Pete’s agreed to come this year instead of going snowboarding.” Snowboarding? Since when was his brother into snowboarding? Nick was even more out of touch than he’d realised. “It’s going to be Seth’s first Christmas, and I know Maria would love both his uncles to be there for it. It’s important to her.”

“Why isn’t she asking me herself then?” Nick sounded like a petulant child, but his stomach was churning. His sister, Maria, was the only person in his family he had a strong connection with. They’d remained close despite everything, and since she and Adrian had moved to Scotland, he didn’t see her nearly as often as he would have liked. Seth had been born almost a year ago, and Nick had only seen him twice. He’d love to spend time with Maria and his nephew at Christmas, but not if it meant he had to spend time with his father too. Maybe he could arrange to visit her for a few days afterwards instead.

“Because she knows it would put you on the spot, and she doesn’t want to use her baby as leverage to guilt trip you into agreeing.”

Nick gave a bark of surprised laughter at his mother’s honesty. “So you’re doing it instead?”

“Yes.” Her voice was determined. “I’m not above emotional blackmail. Maria isn’t the only one who wants her whole family together for Christmas. It’s been too long, Nick. It’s time you and your father worked things out.”

“Nick! I know things were difficult in the past but he’s changed; you’ll see that for yourself if you give him a chance. He’s stopped drinking, and he’s sticking to it this time. It’s been almost a year now. I know he wants a chance to fix things with you, but he’s too proud to ask for it himself.”