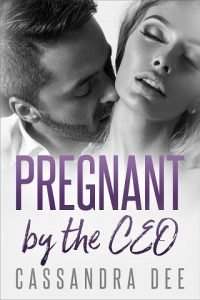 I’m late for work again and it’s raining. Blech. I don’t like rain in New York because it reminds me of home, and it makes me wonder why I even moved here in the first place. Then again, back in the Midwest, the pre-storm sky is so dark and deep, it can be frightening. When the clouds finally rip open, the deluge is practically the Great Flood come again. It’s absolutely terrifying. At least in Manhattan, storms are only an inconvenience.

Gripping the bannister, I quickly make my way down the slippery stairway into the subway station. Of course, there’s nothing worse than taking it slow down the stairwell and then watching your train pull away as soon as you reach the bottom step. Just my luck. I stand there, flummoxed, wet as a rat and pissed as hell.

But I’m not the only one. The platform is humid and thick with disgruntled commuters sweating in their raincoats. I regret my flimsy ballet flats and wish I had chosen boots today. My stockings are feeling pretty squishy and wet in my shoes, and it’s disgusting. I’m probably going to get hoof to mouth disease this way.

The digital sign above the platform tells us that a Manhattan bound 4 train is coming in three minutes. But you know how the NYC subway is – totally unreliable. The sign could say one thing, but reality often marches to its own drummer.

Eventually, over a loudspeaker a mangled voice tells us the MTA is experiencing severe delays. Shocker. People curse and start making phone calls. Some of the commuters just leave, grumbling as they go up the wet stairs.

I fish around in my bag for my phone and look up Uber prices. I instantly balk at the surge surcharge. What in the world? They literally want three times what the normal price of a ride is. I can’t afford that! So yeah, it’s not happening unless there’s magically a promotion waiting for me at work today.

I guess I’ll be staying at the office late tonight.

Time passes. My hair, which is always curly, feels like it might cross the line to frizzy. My bag feels heavy and weighs my shoulder down, making me walk lopsided.

When the train finally hurtles towards me on the platform, I draw away slightly, the gush of wind stale yet welcome at once. It’s impossible to move much though because the platform is still chock a block with people, mostly dressed for the office. There is the distinct smell of wet wool as I squeeze my way into a car and grab onto a strap. Clearly, we’re all going to get to work looking bedraggled.

Unfortunately, the train is so packed that when it starts up again, I nearly lose my footing. But once we’re moving, I manage to extract my phone from my bag. It’s already nearly ten, and my boss arrives at the office at nine. I make a mental note to text Nicole at the next stop. She can let Rhonda know that my extreme tardiness is out of my control.

But I’m lucky to have this job. When I was hired at Two One Two, I was straight out of college and brand new to New York City. I was living with four roommates (and, to my irritation, their boyfriends) and I’d never published anything outside of The Orange Gazette, my college paper.

And yet, I’d been so very cocky. I thought my degree in Journalism combined with pure grit would have me on the staff of a major news publication within my first week. I was very wrong. Of course, like anything, it’s taken time. After six exhausting months of applying for jobs, hearing nothing and spending money I didn’t have, I took a job as a waitress. No, that’s too fancy. Actually, I was more of a waitress-in-training slash janitor and barely got any tips, much to my chagrin.

But eventually, I got hired in an entry level role at Two One Two. I started out mostly writing captions and sub-editing other people's articles. The pay was atrocious and I rarely had a byline.

Finally, right when I turned twenty-four, I was given my own advice column called The Corner Chat. The Chat mainly focuses on matters of the heart, and I would like to think that I provide perceptive and impartial advice to my readers. It’s been my salvation because it allows me to cobble together a living, although I’m hardly living in luxury.

As the train crawls into Manhattan, the once overstuffed cars begin to thin out. I finally reach my stop and peel myself out of my seat. Like every morning, I tell myself maybe it’s time to leave Brooklyn and move into the city itself. With a lot of scrimping and saving, I might be able to afford a tiny studio. It would be small, but it would be all mine and the peace and tranquility would be such a godsend after having a merry-go-round of roommates.