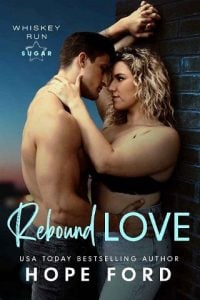 As I stare up at the white popcorn ceiling, I know that I have just made a huge mistake. At least it feels like I have. Thomas, my boyfriend of one month, rolls off of me and sits on the edge of the bed. I look down at myself, naked from the waist down. I know people say your first time is not always the best, but for some reason, I expected more than what just happened. I mean, that's it? Really?

I roll to my side, pulling the sheet across my waist and legs, and notice that Thomas is typing something into his phone. "What's going on?"

He doesn't even lift his head. Just shrugs his shoulders. "I'm about to head out."

That has me sitting up straight. "Head out?"

He stands up, disposing of the condom and pulling his clothes on. "Yeah, I have plans for tonight."

I shake my head, feeling as if I'm in some alternate universe. Literally, he’s barely got the condom off and he’s leaving. "You have plans for tonight?"

He pauses and then looks me straight in the eye. "I have a date."

My eyes about pop out of my head. I look at him incredulously. "A date?"

He points his finger between the two of us. "Yes, a date. This thing, you know, this," he says, pointing to the bed, "was just a one-time thing."

He's putting on his boots, and I get out of the bed and pull my shorts on. "A one-time thing?" I feel like a parrot, repeating everything that he says. "Thomas, we've been going out for a month. You told me that you loved me."

He's walking toward the front door, and I follow behind him. "Thomas," I say again, and this time, he stops and turns around.

He looks at me, clearly frustrated. "Look, Becca, this was fun, you know? I had a good time. But you know, you and I are not going to work out."

I throw my hands up in the air. "What, and you needed to take my virginity to realize that?"

He laughs. And it’s not just a soft smirk; no, he literally holds his belly as a deep laugh comes out. “What, you thought this was real? This isn't real, sweetie. This is life. In case you don't realize it, men tell you what you want to hear to get what they want."

I’m stunned... and pissed. How could I be so stupid? “What and you just had to fuck me? You lied to me... about everything... just to have sex.”

He shakes his head and looks at me, acting as if he’s dealing with a child instead of a grown woman. I’m waiting for him to pat me on the head by the condescending look he’s giving me. “No, I didn’t just want to fuck you... I wanted to fuck a virgin.”

He has the gall to reach out and put his palm on my cheek. Before now, I probably would've turned my face and kissed his hand, but not now. I jerk back, hating the feel of his hand on me.

"Fuck you, Thomas. You're an asshole."

He laughs again. "I could have told you that."

Without another word, he walks out of my house, and I slam the door behind him. I'm a fool. I'm a damn fool ... but even after thinking that, I know it wasn't completely my fault. I listened to him for a month. He talked about what I meant to him and our future. He did everything right, but it's like now, after seeing the real him, everything from the last month, I’m starting to see it in a different light. The times he said he forgot his wallet when we went out on a date. The times that he said he couldn't come over because he was working late. Then there were all the times that he would go out with his friends and I was never invited. He's been seeing other women this whole entire time.

"I'm not going to cry," I tell myself as I walk back into my bedroom. I strip off my clothes on the way and walk into my bathroom, turning the water on in the shower as hot as it will go.

What I thought was going to be a good night has now turned into probably the worst night of my life. I fucked up, but there's no fixing it now.

As I stand underneath the scalding hot water, I vow to myself that I'll never put myself in this situation again. I was lied to, I was cheated on, I was used. If nothing else, I'm going to learn from it. From now on, I do things on my own terms, and I’m not falling for some guy that only wants a piece of ass.