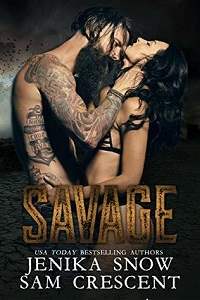 And the world crumbles.

“What should I take?” Lucy yelled from down the hall.

Sasha opened up her drawer and started tossing clothes over her shoulder and onto the bed. Her heart was racing, a frantic, painful beating against her ribs. They were alone in the house, directed by their parents to stay put and not to let anyone in. They’d left several hours ago to go to the grocery store and stock up on supplies, leaving Sasha to care for Lucy, her ten-year-old sister. They’d told them to pack a bag, only enough that they could carry on their back. She had no idea where they were going or what was going to happen, but fear had a tight hold on her. It was sheer determination to be strong for Lucy that let Sasha keep her shit together.

The radio emergency broadcast was on repeat, the announcer’s voice grim, yet frighteningly calm. At only eighteen years old Sasha knew this was bad. She could hear yells from the neighbors right outside her bedroom window, and the sound of tires squealing on pavement.

Officials have confirmed a terrorist attack, biochemical warfare across the United States of America. It is advised to stay in your home, lock your doors, and wait for officials to give further information and direction. This is not a drill. Although we don’t know the extent of the situation, it is confirmed that respiratory distress is the first symptom of infection. Be vigilant and aware of your surroundings, keep doors locked and windows shut. Fatality rates for those infected is currently at one hundred percent.

Sasha stood and curled her hands around the edge of the dresser, that broadcast repeating over and over, consuming her, causing her fear to go even higher. She was young, but old enough to know what this all meant. They were under attack, and whatever was being used was killing everyone who was infected. She shut the radio off, not able to listen to it another minute.

“Can I bring my dolls and blankets?”

Sasha opened her eyes and exhaled slowly before looking at Lucy. Her little sister stood in the doorway, three blankets hanging over her shoulder and a handful of dolls under her arm. Her dark hair was a wild mess around her head, her once high ponytail now hanging off to the side.

Sasha was trying to stay calm in the face of all of this for Lucy’s sake. But she was about to lose it, to break down and give in to everything that was going on around her.

Despite all of this Sasha smiled for Lucy’s sake. “You probably only have enough room for one of your little blankets and a doll. We need to make sure you have clothes packed.”

Lucy pouted but nodded. “Where are we going? I don’t understand why we have to be in such a hurry. And why aren’t Mom and Dad back? They left a long time ago. I’m starting to get hungry and the only thing we have is gross stuff. They said they’d buy a box of cookies just for me.” She rattled off her questions, something she did when she was frightened.

Sasha wanted to make her feel better but she didn't know how to. She was scared as well and barely hanging on.

“They’ll be back soon,” Sasha replied but she had this horrible feeling in the pit of her stomach, one that had her heart racing and her nerves increasing. Her parents had been gone far too long, but she tried to tell herself that maybe everyone was having the same thoughts, needing to get to the store and gather supplies.

That made sense, was logical. But it did nothing to help ease her fears and worries.

“Let’s just do what Mom and Dad told us, okay?” She stared at Lucy, trying to appear like she was in control and not freaking out. But the truth was not something she could’ve ever envisioned. It was a nightmare. Could the world really be ending?

Once her bag was packed she set it by the door. She also packed a bag for her mother and father, not sure what they needed but she supposed anything was better than nothing. If they had to leave quickly at least they’d be somewhat prepared.

Grabbing the remote and turning on the TV, she sat down and started bouncing her leg as she listened to the broadcaster. The only thing on was news channel after news channel, breaking headlines that told of the terrorist attack, the virus, and the mortality rate. Her heart was beating far too fast and she placed a hand over her chest, the pain taking her breath away.

“What does that mean?” Lucy asked softly from behind her and Sasha quickly turned off the TV and stood, turning around to face her younger sister. She didn’t know what to say, how to respond. Lucy was only ten, maybe too young to fully understand the scope of what was happening. Hell, Sasha felt like she was too young at eighteen. But it was just as if something snapped inside of her when all of this went down, as if her survival instinct had taken over.