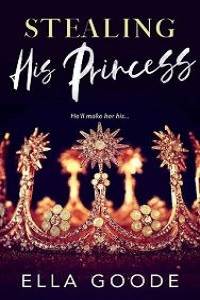 “Here are two contracts for you to sign. The first is for the land deal in Talavia. We were able to secure mineral and water rights as you said we would. The second is for the hydrogen plant. They were agreeable to your terms.” Duncan smiles with paternal satisfaction as he fans out the paperwork in front of me and waits as I read through the documents that I helped write. It never hurts to read them again. When I’m satisfied that everything is as I want, I sign and hand the contracts back.

Duncan’s stomach grumbles as he bends over my desk to gather up the papers.

“I will soon.” He tucks the contracts away.

I check the time and am surprised to see it is past eight. “I’ve kept you too long.” I wave him toward the door. “Go on. We’ll finish up tomorrow.”

“Yes, sir. Before I go, however, you may want to be aware of this.” He slides a thick vellum envelope with my name, Sov Charmont, written in calligraphy. The seal is unbroken, but I can tell by the expression on Duncan’s face that he knows what’s inside. Either that or he’s thinking about dinner. Could be both.

I tap a corner of it against the table. “Out with it.”

“I’ve heard that Vieth and Aidon have made an alliance through marriage. I suspect that this is an announcement.”

“Is that so?” I peer at the envelope and contemplate for a half second whether I’m bothered by this. I think not. “A smart move but one that doesn’t affect us. They’re across the country and largely confined to the East Coast. I don’t foresee them even combined impacting us.” The Vieth orphans run con games, fleecing dumb men of their money, and Aidon’s crew runs all sorts of illegal goods through his territory, taking a protection fee for safe passage. My family business may have been built off of that kind of work years ago, but we’re a wholly legal empire now with branches in Europe, Asia, and India. Vieth and Aidon working together is good for them and bad for their enemies. I don’t consider myself in opposition to them. “I suppose it doesn’t hurt to send them a gift.”

“I believe they are having a celebration, sir.” Duncan’s stomach grumbles again.

My body man, Zero, lets him out. I pick up the stiletto perched on its marble hold at the front of my desk and slice off the seal. The cream-colored invitation falls onto the wooden surface. I pick it up and read the missive. You are invited to the yadda yadda yadda to take place in one week at the Grand Centre Ballroom. Please feel free to bring a guest. All weapons will be checked at the door.

That sounds boring. A guest? I rifle through my mental rolodex. There are plenty of women who would enjoy being my date to any event, particularly one celebrating a wedding. As for me, I can count on one finger how many women I can tolerate for any significant period of time. Young or old, all they want is in my bed and into my wallet.

I’ll send a gift. I settle back into my chair and make out a note. When I’m done, I send off a request for Duncan to look into an appropriate gift. He texts me back a thumbs-up.

“I’m done for the evening, Zero. You can go home. I’ll take the elevator upstairs, and I promise not to leave without letting you know. Who’s on rotation tonight?”

“Great. I promise not to try to evade them if I run an errand either,” I add since I know Zero won’t go if he thinks I will engage in any shenanigans. He still doesn’t move. I heave a sigh. “I know I snuck out a few times when Dad was sitting in that chair, but since he’s retired I know what my responsibilities are.” They weigh heavily on my shoulders. Dad’s stepping down wasn’t something he’d wanted to do but after an infection got into his eyes and he was forced to undergo a cornea transplant, he’d opted to hand over the reins of this conglomerate. I was more than ready, but I’m sad about the circumstances that led to this. Plus, the men and women I’ve inherited are all my dad’s, so they only remember me as the rowdy young man who liked to drink and party and evade his security detail. I’ll have to gain their trust one day, one deal at a time. I’ve already won Duncan over, but the security team doesn’t trust me.

I wave to Zero and step into the elevator cab. At the top, my mom is waiting at the door with a drink in hand.