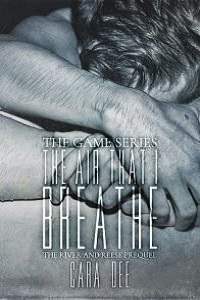 We were sixteen when Reese changed. It happened overnight after Ma’s funeral. Pop’s house emptied of mourning family members, church folk, and coworkers, and Pop went to a bar to drink away the day.

I would never forget it.

Reese didn’t say a word about it, but I felt it between us. Our relationship with our mother had been strained at best, even though we’d reconciled in that mandatory way people did before someone died. ’Cause we couldn’t say farewell with this huge conflict between us. So, we’d been there at her bedside during her final hours. Pop had wept. Reese too.

I couldn’t mourn the woman who’d tried to come between my twin brother and me, and yet there Reese had been, crying with his hand over hers.

I still felt betrayed by her.

Ma used to think it was cute how inseparable Reese and I were when we’d been young. Frankly, she’d used it as an excuse to put us in matching clothes and haircuts. She’d said we shared a soul. But then we got older, and it stopped being adorable to have two sons who couldn’t function well without the other.

As if we’d chosen this life.

Her dying had flipped a switch in Reese’s brain, and that was when he decided to honor her wishes. If Ma thought it was wrong for him and me to be so close, then we should respect that.

We didn’t even live in Nashville anymore—or Charlotte, for that matter, but our folks had moved back to Tennessee a couple years ago. Either way, regardless of where any of us lived, we still had our room at Pop’s, and we separated our beds that evening. Reese got one side of our room, I got the other, and I didn’t say anything. I just stood there and watched. Two identical sides. Bed, desk, nightstand, closet. Bed, desk, nightstand, closet. No more sharing.

“It’s the right thing to do. We’ll do the same when we get back to Nana’s.” Reese stood there in the middle of the floor and rubbed the back of his neck, and he sent me a brief glance as if to make sure I agreed with him.

I didn’t agree, but I kept my mouth shut and loosened my tie. Funeral clothes, hated ’em.

“We know it ain’t normal,” he went on. “We’re sixteen. We should sleep in our own beds.”

I hummed noncommittally and draped my clothes over my desk chair, then went into the bathroom to get ready for bed.

I honestly didn’t know how to do this.

I knew it wasn’t normal.

Our parents had reminded us with an increasing amount of frustration and anger that it was inappropriate, starting when we were ten.

At fourteen, it’d cost us our relationship with Ma, and we’d moved to our grandmother’s in Virginia Beach. Pop sided with Ma, obviously, but as a long-haul trucker, he wasn’t home a lot. Then Ma got sick, and…

I blew out a breath and applied toothpaste to my toothbrush.

From that moment on, Reese and I would fight more.

He’d wonder what the fuck was going on with me, and I would avoid answering because I didn’t wanna be the idiot who couldn’t sleep without his brother. To distract him, I’d create little conflicts and bitch at him. He’d get heated, and the fight would be on from there.

It wasn’t until shortly after our seventeenth birthday that something happened to change the status quo again.

“River!” Pop yelled from the kitchen.

“You knew this was comin’.” Reese didn’t take his eyes off the TV positioned on a chair at the foot of his bed. That was how he spent his money from working at the feed store. Gadgets.

I was saving every penny I earned from washing cars and bagging groceries.

After stashing my medical journal under my pillow, I dragged myself out of our room and down the hall.

Why pretend? Why put up this façade when no one wanted it?

Except maybe Nana. She wanted us to try to hold the family together, but maybe she could tell her son that. We’d been in Nashville almost two months now, with just a few weeks until we returned to Virginia Beach, and Pop had spent most of that time on the road or fishing with his buddies.

The latter was the reason Reese had said I knew this was coming. Pop had just come back from fishing with a friend who happened to have a son I’d punched the other day.

Pop folded his arms over his chest and eyed me sternly. “The fuck is this I hear about you fightin’ Bob’s kid?”

I lifted a shoulder and leaned against the doorway. “What am I supposed to do, let people think it’s okay to talk shit behind my back?”

It was always the same thing.