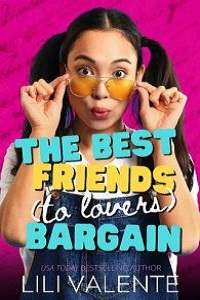 A seventeen-year-old who already

by a fleet of sentient robots

“Or maybe six obese cats?” I turn to Sam, who slouches in the camp chair next to mine, lazily swatting the occasional mosquito brave enough to breech the smoke drifting from the campfire. “What do you think? On the one hand, five cats feels like the right number of cats, but there’s something to be said for an even half dozen.”

Sam sighs. “You’re not going to die surrounded by cats.”

“What about robots? Sentient robots I programmed to love and care for me in my old age because no one wanted to reproduce with me, and I couldn’t train my cats to do anything but meow and eat too much and plot how to divide the tastiest parts of my corpse once I’m gone?”

“If you really want to be posthumously devoured by animals, you should keep pet pigs instead. Pigs eat people all the time.”

I wrinkle my crispy nose. No matter how much sunscreen I apply, every time I step out in the sun, I end up with a red clown nose that throbs and peels. More proof I belong indoors in front of a computer and not out in nature. I wish coding camp were held inside an abandoned shopping mall, and we spent our downtime roller skating past creepy, locked up shops, pretending we were in a zombie movie, instead of playing sandpit volleyball—badly—or kayaking, hiking or swimming—also, badly.

We’re all nerds. Our recreation time is the stuff comedy is made of.

“Really?” I grunt as I consider this new information. “Well, I guess that makes sense. And it would be poetic justice. After the amount of bacon I’ve consumed in my life, being eaten by pigs might rebalance the karmic scales.” I nod. “I’ll take pigs under consideration.”

“Do that. And skip the robots.”

“Why?” I shift in my chair, narrowing my eyes his way. “You don’t think I can create sentient life?”

“Quite the contrary. I think you’d pull it off no problem. Then, once you died, your devastated Frankenstein robots would wipe out the human race in a fit of grief, Terminator-style.”

“You could be right,” I say, flattered by Sam’s approval. Yes, he’s been one of my best friends since were kids and I’m well aware he’s a goofball with an unholy love for Pokémon cards and The Legend of Zelda, but he’s also the smartest person I’ve ever met. Whenever my faith in my own fabulousness falters, I can count on Sam to remind me that my brain is big and beautiful and that’s way more important than being able to land a boyfriend or a first kiss.

Admittedly, it seems sort of interesting, but also gross. When you stop to think about it, rubbing tongues with another life form is a pretty nasty way to spend your time. What about all the germs and tiny pieces of food stuck in the other person’s teeth and the risk of stank breath? If there’s one thing camp has taught me, it’s that boys don’t brush their teeth nearly as well as girls and that flossing in teens—male or female—is an almost non-existent activity.

The oral hygiene around here is so poor I’ve taken to flossing twice a day just to set a good example.

In light of the general grossness of my peers, I would have been happy to forget about kissing for six weeks and concentrate on my game design if everyone else at camp hadn’t found a make out buddy and dedicated their non-code-writing hours to slobbering all over each other in public. By the lake and the craft corner and over phallic, foot-long hot dogs in the cafeteria—someone is always tongue wrestling around here.

“What about you?” I ask. “Want to take any bets on whether you’ll die a virgin?”

He sighs again and drags a hand through his shaggier-than-usual dark brown hair. After weeks at sleepaway camp, his hair is down to his ears, and he’s managed to sprout an impressively thick beard. But sadly, none of the girls here seem to find skinny boys with lumberjack scruff attractive.

Hence, why we’re the only campers at the s’more-making event instead of off in the woods making out, taking advantage of our later-than-usual final night curfew.

“Go where?” I ask, clinging to my sticky roasting stick. “There are still two packages of marshmallows.” I nod toward the s’more-making supplies the college-age counselors set out for us before also disappearing into the woods.

But I’m pretty sure they’re smoking pot, not making out. Gale and Kristen are both lesbians, but they have girlfriends at their respective colleges and don’t seem like the cheating kind.

Not that I would know, of course. I’ve never met a cheater in real life. I am the definition of “sheltered.” I’m not allowed to date or hang out alone with the opposite sex at all aside from Sam and Cam, boys I’ve known since I was practically a fetus. I wasn’t even allowed to go to dances until junior year and then only if I went with friends and promised not to “grind or hump” on the dance floor.