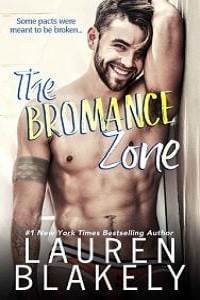 Which sucks, and not in a good way. Is it fair that the guys who are packing are also lacking—oh, you know—common courtesy? No.

The Big Dick Law is one of the sadder items on My List of Ignore at Your Peril Life Lessons. Some of the others?

Texting an ex is always a bad idea.

So is just one more shot. Anything that seems like a good plan when you’re drunk . . . isn’t. As a bartender, I can refuse to serve you that last drink, but you’re on your own if you forget Lesson #1.

Life is too short to take yourself too seriously.

Whatever the problem, a blow job is often the answer.

Trusted friends are priceless. Men come and go, but your friends will stick with you when the big dicks don’t.

But I’m not bitter about those guys. Anyone who walks out of my life is gone for a reason.

Besides, it’s not as if I’m always the walk-ee.

This man is not afraid to walk away. I’m not clingy, I don’t hang on too long, and I sure as hell know when to say see you later, and don’t let the door hit you on the way out. There’s no need to give your heart, time, or skills to just anyone.

If a man wants what I have going on, he damn well better deserve what I bring to the table.

But I suppose at the ripe young age of twenty-nine I wouldn’t mind finally meeting Mister Right.

I’m just a good guy ready for another good guy.

Someone fun, smart, open-minded, and loyal.

Ideally, he’d also be outdoorsy, adventuresome (yes, that kind, but also all kinds), and love dogs.

That’s not too much to ask for.

I only have one deal-breaker—he can’t be a friend.

My friends mean everything to me. They’ve been by my side through the best and the worst, and I’ve been by theirs. My friends are my family, and that’s why I won’t break that commandment—no matter how great the temptation.

Temptation in the form of a long-time pal with the hot nerd glasses and full lips, the wicked sense of humor and the sarcasm for days.

But this is the Unbreakable Rule, truer even than the Big Dick Law.

I’ve stuck to this rule for eight years when it comes to my best bud from college. After this long, one road trip isn’t going to break me.

And that’s a fact.

Sex has a way of clouding your judgement. Talking about it, thinking about it, having lots of it—sex is awesome but should come with a warning label.

Sex is hazardous to your brain and may cause stupid decisions and prolonged regret.

It was a Sunday morning and I was brimming with sex-fueled bravado built up over the past few weeks—because I was finally having it. This was college. Sex was a required class and my favorite subject.

Years of virginity will make a guy a very dedicated student, and Jack, a fellow junior, was hitting the books with me every damn night.

After a particularly late and boisterous study session in Jack’s dorm, I was the good kind of tired in the morning, but I had to study for a psych exam and needed to fuel up on caffeine in the worst way.

I knocked on my friend River’s door. “Rise and shine,” I said when he answered. “Freud waits for no one. But he will have to wait on coffee. I need a jug of it, stat.”

“A barrel for me, please,” he said, bleary-eyed as he closed the door behind him and we headed to the library to study, first ducking into a coffee shop called Old School to get our fix.

As we waited for our joe, a TV mounted on the shop’s wall played classic rom-coms. Billy Crystal had just told Meg Ryan that men and women can’t be friends because the sex part will always get in the way.

River was a fellow psych major. We could debate anything and both lived to dissect human nature. I nodded to the screen and said, “I disagree on principle. What about you?”

He wiggled a brow and collected his coffee when they called his name. “That’s not a problem for me. I have lots of female friends.”

I grabbed mine and followed him to the cream and sugar. “You know what I mean. When Harry Met Rod. When Johnson Met Peter. When Dick met Richard.”

River doctored his coffee with sugar. “When can I watch those flicks? They sound like my speed.”

He cracked up, and I grinned. I enjoyed making him laugh—a lot—but I really wanted to dive into the question of whether men and men can be friends. I wanted to swim around in those waters with River more than I’d thought I would. I swallowed some coffee, then tried again. “So, was Harry right? Does sex get in the way?”