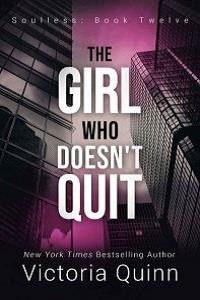 Shelly sat across from my desk, her legs crossed with her folder open in her lap. My office showed my degrees on the wall, pictures of my family at the lake house. The picture frames of my nieces and nephews were at the edge of the desk, my pride and joy. “I’ve stared at these numbers a million times. I don’t see anything, but I feel like the answer is right in front of me.” She closed the folder and tossed it on the desk.

“I know, right?” I pushed the wrapper farther down my granola bar and took another bite because I’d skipped lunch—like always. “Sometimes, I need to sleep on it. Taking a break gives me the perspective to see something I couldn’t see before.”

“Definitely.” She straightened in her chair and pulled back the sleeve to her jacket, checking the time. “Tom was supposed to get the kids home and put dinner on the table, but he hasn’t texted me, so he probably took them out for ice cream.”

“But not a good husband.” Blond and middle-aged, she’d been my colleague since I started at the clinic. She took time to run every morning, so she always fit into her skirts well and showed off those calves. “Just have to get through this meeting…”

“You think he’s officially announcing his retirement?” I took another bite of my granola bar, relaxed back into the chair, and put my feet on the desk.

She shrugged. “Could be. About time…he’s only eighty.”

I chuckled and kept chewing. “I wonder who he’ll pick to take over.”

She rolled her eyes. “You.”

“I’m serious. You practically live in this office, and you’re probably the smartest one here.”

“I agree with the first statement, but not the second. We’re a team.”

“Are you saying you don’t want the job?”

“I really, really want it. But I wouldn’t be upset if he picked someone else because everyone here is great.”

She propped her chin on her closed knuckles. “You might feel differently about that when you have a family. Any free time I have, I want it to be spent taking a nap or cleaning up the house, and if not those things, then spending time with them.”

“Both of my parents have always been really dedicated to their jobs, and they somehow made it work. If I get the gig, I’ll make it work.”

I chuckled and finished the granola bar and clenched the wrapper in my fingers.

Anthony came to my open door and tapped his knuckles against the doorframe. “Meeting is getting started.”

“Is there food?” I blurted.

He gave me an affectionate look. “Sandwiches and cookies.”

I pumped both of my arms into the air. “Yaaassss!”

Shelly rose to her feet. “You just ate a granola bar.”

“That was an appetizer.” I came around the desk and walked out with them to the meeting room. “Time for the main course—cookies.”

Dylan had slowed down considerably in the last year. He got through his seventies like a man in his fifties, but once he reached eighty, he just didn’t move the same way he did before. Running the office became more challenging, and he started to forget things.

The meeting began with a rundown of all the patients we had, what progress we made with each one, what results we were waiting for. We had only a few patients at any given time because we dedicated so many resources to each one. These were patients who had already gone to Stanford and Johns Hopkins, having illnesses that remained undiagnosed and unexplained. We were the last stop on the road—and if we couldn’t figure it out, nobody could.

There were a few extra sandwiches on the table, so I snagged another and took a bite.

I kept chewing and gave a shrug.

I was the youngest physician in the office, and my colleagues had taken me under their wings like I was a child they never had. They found my weirdness endearing—thankfully.

Dylan cleared his throat, standing with his hands in the pockets of his slacks. “So, this has been a long time coming and you’ve been nice enough not to bring it to my attention, but it’s time for me to move on. Marge and I will be leaving Manhattan and retiring in the Hamptons, surrounded by our kids and grandkids, and I just had a great-grandchild…believe it or not.”

Every member of my family was ambitious, and they reached the tops of their careers at young ages. If I became the director of the clinic, my parents would be so proud—especially my dad. I was young and had a long career ahead of me, and I wanted to spend that time making a difference in this world, helping people who had run out of options. The biggest problem in the health care system was false diagnoses. Not all patients fit into the cookie-cutter charts that doctors created. They were all unique—and they needed unique care. I believed I could give that to them.