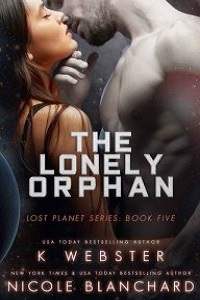 I was a happy mort.

Until I saw my first alien female.

The beating heart inside my chest thumped hard—so hard I worried I’d contracted a case of The Rades—when I looked at her soft, pale skin and her plump pink lips. I’d grown warm all over my body when I heard her voice. And when she spoke to me, I was completely enamored.

I would do anything for her.

Problem is, she’s not mine. No matter how much I want her to be, she’ll always belong to the mort who I think of as a father. He claimed her as if my heart that beat only for her didn’t matter.

And she claimed him too.

They have a mortling together now.

I press my clawed fingers to my chest where the ache won’t go away. It just burns each solar, hotter and more fierce. When Breccan told me I’d be leaving on this mission with Theron, I’d been furious. It took everything in me not to rage at him. I’m normally pretty in control of my emotions, but a few of my sub-bones popped upon his order, giving away my anger.

I’ve teased him that if he ever goes to The Eternals, I will step in his place. But it’s truth. Some solars, I hate that I imagine a time when he’s gone and I must be her mate. It’s not that I wish Breccan gone, it’s that I wish Aria were mine.

Simply thinking her name has a lump of pain growing in my chest.

“Who kicked your rogcow?” Theron asks, sauntering into the control room of the Mayvina.

I snort and stare out at the clouds beyond the glass. We’re traveling just inside Mortuus’s atmosphere, above the raging geostorms. Magnastrikes light up the red clouds below us. It’s peaceful up here. I’d worried I’d feel trapped or contained, but instead I can relax some.

In the facility, I was trapped.

It was worse than the time Breccan stuck me in a reform cell for two solars as punishment when I went swimming in the underground wells. I’d thought because I was nearly as tall as him I could knock him over and exert my strength. He quickly subdued me and locked me in there to “cool my rekking nog off.” Back then, only a few revolutions ago, I hated every horrible second while behind those bars.

But nothing is as bad as being held in a building, forced to watch everyone around you fall in love, mate, and have mortlings. Worse yet, watch the one you love happy with her family.

“You’re quiet and it’s unsettling,” Theron huffs, kicking my chair once he sits in the captain’s seat. “I thought you’d enjoy escaping Breccan’s grumbling and at the very least be entertaining to me.”

I scowl at him. “You can’t force someone to be happy.”

“Why aren’t you happy? We’re on an adventure, Hadrian. Above the clouds, we’re free.” Theron is beaming and thrumming with wild energy.

“Do you ever get jealous of the other morts?” I ask, not meeting his curious stare.

I snap my eyes to meet his. “Really?”

“Absolutely. One day, I hope I’ll find a mate.”

His dark brows furl. “You know you can’t have Breccan’s mate. We’ve talked about this. Are you rekking mad?”

He lets out a ragged breath. “Hadrian, there’s a difference.”

“Rekk, you really are young.”

I don’t remind him that four solars ago—when we embarked on this journey—I turned eighteen revolutions. In the hustle to get out and on this mission, no one remembered. Not Breccan. Not Aria. No one.

“Grace chose them both, but…”

He doesn’t have to say it.

But Aria didn’t choose me.

She chose Breccan and only Breccan.

The pain swells inside me.

“You can’t keep going on like this,” he says. “Wishing for something that will never happen. It’s not right.”

“I know,” I mutter, the words bitter on my tongue. Truth is, I don’t know. I can’t change the way I feel. I’m simply destined to ache for something I’ll never have.

“Oh,” Theron says, pulling something from his breast pocket. “I forgot to give this to you.” He tosses me a folded paper, and then swivels around in his chair so he can mess with some dials on the comms unit. The video screen is scrambled with white static.

I pick up the paper from my lap and unfold it. In our language, but Aria’s handwriting, I read the note.

Look! I can write Mortuuan! Well, not really. Uvie is helping with this endeavor, but maybe one day I can do it on my own so I can teach Sokko and the others both English and Mortuuan. Anyway, I’m writing this to tell you happy birthday! Eighteen! I remember eighteen…I was drunk and it was terrible, but I got a new car, so that was fun. But I immediately wrecked it, so that was not fun. Thank God you don’t have alcohol here.