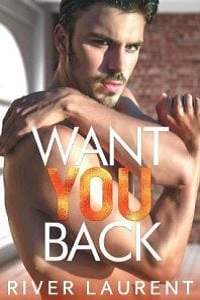 I woke up with a jolt as a movement to my left roused me from a deep, sound sleep. It took a moment for my surroundings to make sense. I was on a train, headed home and the guy next to me had shifted his weight to get off the train. At that realization, I peered out the window and let out a cry. That was my stop!

I scrambled to my feet and dashed out of the train, jumping out seconds before the train doors closed. I stood on the platform congratulating myself.

“Hey!” a voice called from the train window of the moving train.

I looked up to see the breathtakingly gorgeous, big guy I’d noticed on the train, before I dozed off. He was waving at me frantically from the window.

“You’ve left your bag!” he shouted, holding up my brown bag.

For a precious second, my brain couldn’t compute and I looked down stupidly at my shoulder where the strap of my bag should have been.

“Oh God,” I cried. How could I have been that careless? I broke into a cold sweat as I thought about the contents of my bag. It had my whole life in it.

A laptop which I’d waitressed for months before I could afford to buy it, my apartment keys, my wallet, my cell phone, all my recipes… panic seized me as the train started moving. I jogged along with it.

“Want me to throw it?” the breathtakingly gorgeous guy shouted.

“No, no, please don’t do that,” I yelled back in a panic, thinking of my precious laptop.

“I won’t,” he reassured quickly. “I’ll keep it safe and wait for you at the next stop.”

I almost wept with relief as I ran out of the platform. He waved and ducked his head back into the train. I stood watching the train disappear out of sight. I hoped I wasn’t wrong, but there was something solid and trustworthy about him. Maybe it was his deep, authoritative voice or the fact that he wore a fncy, obviously expensive suit, or the smile he flashed me.

I had to wait a good fifteen minutes for the next train, all the while shifting my weight from one foot to another impatiently. By the time it came and I got on, I was sure that the gorgeous guy, as nice as he was, would not be there. I had taken too long. He looked like a busy, successful guy.

My only hope was, he’d left my bag with the train station officials. Knots of anxiety twisted in my stomach. I couldn’t lose that bag. I was barely making ends meet with my job and combined with school, I couldn’t squeeze out more time to get another job. If I did, I would definitely fail my exams. I was in my last year and no way did I want to compromise that.

I squeezed my hands into fists. Digging my nails into my skin, I made promises to God as the train inched slowly to the next station. I would never fall asleep on a train again. I would never be so careless again. Never. My throat thickened with unshed tears.

Up until that point, my schedule was a nightmare. I never stayed still except during class and when I finally got to lay my head on my pillow. I was always on the move but I told myself I only had to do it for less than a year. Then I could start the career I’d always dreamed of ever since I accidentally walked into a posh restaurant when I was ten years old, in search of my mom.

It had been a few minutes to four when I walked into the restaurant, one of the older establishments and they’d been setting out four o’clock tea.

I’d stood there gaping at the arrangement of cakes and the tiniest sandwiches I’d ever seen. My stomach had growled with hunger, but that was nothing new and I’d ignored it, as a tall, proud man, decked out in a white apron strode into the room.

Now my dream was close and I couldn’t afford to lose my bag. I needed those recipes. Well before the train ground to a stop, I was already at the doors waiting to get out. Before the doors were completely open, I had leapt out and was heading towards the station offices when…

I whirled around at the deep, familiar voice, and saw him. Emotion swirled in my chest when I saw my bag, overwhelming me. I burst into tears. Great, big, humiliating dumb tears.

I covered my face with my hands as sobs wracked my body. Big, strong hands wrapped around me, pulling me against a hard body. I lay my head on a solid chest as big hands gently stroked my hair and back.