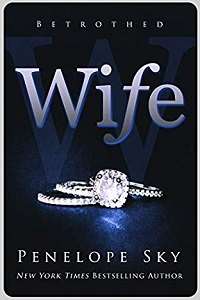 The bazaar was on fire.

Black cobras hissed at their masters when they heard the sound of the whip, men bravely shoved blades down their throats for entertainment, and gypsies danced for coins. When your donation wasn’t generous enough, they slunk behind you and picked your pockets—taking what they deserved.

It was one hell of a place to celebrate my twenty-first birthday.

Damien walked beside me, a cigar resting between his lips. When a group of pretty girls passed, he gave them mere seconds of his attention before he moved on to the next sight. Now he stared at a camel being led away by its master. “What should we do now? Get a rug and take it home?”

“Rugs are nice.” I liked Morocco because of the chaos. This city was unpredictable, from the dangerous route to the Atlas Mountains and the constant bomb checks under vehicles anytime you drove onto public property. It was a different kind of place, beautiful but unsteady.

“I’d rather spend my money on pussy—but not take it with me.”

The brothels here were exciting—and dirt cheap. “Later.” We’d spent the afternoon drinking, smoking, and exploring everything this city had to offer. It was a short flight away from Florence and an extreme change of scenery.

Damien sighed in dismay at my response. Of all the things he loved in life, pussy was his favorite. Booze and cigars were in a close tie for second. But something changed his demeanor when he turned his head and examined the bright purple tent behind the vase stand. “Fortune-teller…that’s interesting.”

“Is it?” The practice was nonsense, just a way to take your money then laugh at you on your way out.

“I’ve never done it before. Let’s check it out.” Damien puffed one last time before he threw his cigar onto the ground and stomped on it. The ashes squished under his shoe, adding to the other filth on the ground.

“You’ve got to be kidding me.”

“What’s the harm? We’ve got nothing else to do for the next few hours.”

“Only gypsies read fortunes. She’ll learn about us then sell our information to someone so they can rob us.”

Damien rolled his eyes. “You think anyone could cross us and get away with it? Come on.”

Since I didn’t have a better plan for what to do next, I followed Damien inside the mysterious tent. Once the flap closed behind us, we were surrounded by dim lighting, the various lamps around the room giving off different colors of life. The woman sitting at the table was covered in jewels. A blue eye was one of the largest pendants that hung down from her neck. Jewels were also braided into her hair, and the rest of her brown locks were tucked underneath the shawl tied around her chin.

The woman had an array of cards in front of her, and she continued to rearrange them as if we weren’t there at all.

Damien approached the table, welcoming himself into the room like he owned it. “You want to read my fortune?”

She kept working the cards, her eyes down.

Damien stared at her, becoming increasingly annoyed by her rejection.

I noticed a table in the corner where at least a hundred candles were burning, their smells combining to form a scent filled with so much cacophony, I couldn’t even describe it. There were small vases on the ground, gold-plated with turquoise stones decorating the sides. There were several of them, all the same but, at the same time, all unique. It was the first time I’d ever seen vases in that style.

Damien eventually lost his patience. “I guess you aren’t getting paid today.” He turned around to look at me. “Come on. Let’s get the hell out of here.”

“Wait.” The middle-aged gypsy stopped playing with her cards.

Damien grinned at me, both of his dimples showing, along with his boyish charm. He turned around slowly, his arrogance rising like the scent from the candles. “That changed your tune quickly.”

She kept the same stony face, looking at Damien without blinking once. “I was studying your auras, which are quite different. They say you don’t need to speak to a man to know him. All you need to do is feel him. Now, sit.” She grabbed her cards and put them into a single deck. “What’s your name?”

Damien sat in the old wooden chair. “Aren’t you supposed to know that?”

“No. I’m supposed to read your future. In order to do that, I need some information from you.”

“My aura wasn’t enough?” he asked like a smartass.

She continued to shuffle the cards as she held his gaze. “Your aura is pungent.” She pushed a dish toward him. “Your payment.”

“How much?” He pulled the coins out of his pocket.

“Whatever you think is fair.”

Damien raised an eyebrow before tossing three coins into the jar. “Never heard that before.”

The gypsy grabbed the deck of cards and then placed them on the table, organizing them into two rows. She slowly took away cards that seemed out of place until only two were left. “Give me your palm.”