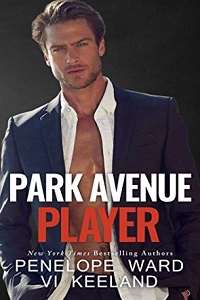 Sometimes, I wished I was ugly. Maybe not giant-wart-on-your-nose, three-of-my-teeth-turned-black-and-those-are-the-only-ones-I-have, scar-running-down-my-cheek, thinning-haired-woman-comb-over ugly—because I do have to look at my own reflection every once in a while—but it would be nice to walk into a room and not get eye-fucked by every shiny-suit-wearing, stockbroker asshole in the bar.

Do I sound bitter? I’m sorry. But downtown stockbroker bars always get to me. Aren’t brokers just used car salesmen in fancier suits? If they’re so great about picking stocks, why aren’t they home counting their thousand dollar bills earned from gold-laden investments, rather than selling advice to others?

I was minimally grateful that tonight’s catch wasn’t a stockbroker.

Speaking of which… My target had just noticed me. It took the leering pig a solid minute to work his way up to my face. At least this cheater looked exactly like the picture we’d been given: tall, fit, inky black hair slicked back, square jaw, imperious nose. Squinty eyes. One look, and I knew I’d walk the other way if this weren’t a job.

My unsuspecting opponent for tonight was an attorney from the Upper West Side—an entertainment lawyer with a penchant for fucking starlets who hadn’t yet learned to look beneath the three-thousand-dollar wool suit and check for a wolf.

Our non-refundable retainer was forty hours for this job. I’d bet money I could be done in a fraction of that time. Hmmm…maybe I will bet. Soren was always up for a little wager. Of course, it was a win-win for him since it motivated me to finish the job quickly, which, in turn, meant I was free to start another one sooner.

Only, I hoped there wouldn’t be any more jobs like this one. I had an interview for a real job tomorrow night—one that didn’t involve getting pawed on a daily basis—and with any luck, this crap would soon be over.

Sensing Larry the lawyer ogling me across the bar again, I fluttered my lashes as I looked up and shot him my best you’re-a-big-rich-tough-guy-and-I’m-just-a-little-old-stupid-girl smile. Just for fun, I added a twirl of my naturally platinum hair as I hoisted my D cups in his direction. His flat-chested brunette wife had mentioned he favored blondes with big boobs.

You’re in luck, Larry. Ring-a-ding-ding. Come and get it, you dog.

By the time I finished texting Soren about a wager, the courthouse conniver was already at my side.

“You look like you could use a drink,” he said.

I bit my lip and cast my eyes down, feigning shyness for a few seconds, then raised my big baby blues to him. “I don’t usually drink with strangers.”

He offered me his hand. “Garrett Lopresti.”

And so it begins. Lie number one, Larry Mercer.

Putting my hand in his, we shook. “Sienna Bancroft.”

He didn’t let go. “Now we’re not strangers, are we, Sienna?”

I smiled, as if flattered by his attention. As if men being attracted to long legs and a great rack wasn’t the bane of my existence. When my phone buzzed, I knew it was Soren. “Excuse me just a moment.”

Soren: Leo just parked. He should be inside any minute.

Elodie: I’m feeling lucky. Or should I say Larry is feeling he might get lucky tonight with Sienna. What do you say to my wager?

Soren: Pull this job off in four hours or less, and I’ll double your fee.

Sorry, Larry/Garrett. You won’t even be copping a cheap feel tonight. But what you will be getting…is exactly what you deserve.

I tossed my phone into my purse and tilted my head coyly. “Did you mention a drink?”

Sometimes I felt badly about what I did. There were two sides to every story, and we only got to hear one of them. On occasion, the women who hired us were nasty bitches. Although that still didn’t give any man the right to cheat. Walk away, Prospective Mr. Cheater. There was always that option.

But then sometimes we got a bitchy wife coupled with a husband that took weeks to secure even the slightest hint of infidelity on camera. I might have felt a touch of guilt with those jobs. But tonight was definitely not one of those nights.

Thirty minutes after Garrett suggested we sit in a booth so we could have privacy, his wedding-ring-indented hand was on my knee under the table. Such a slimeball. Yet I still had to play along, knowing Leo wouldn’t be able to catch the hand with his video camera on the other side of the bar.

I wanted his hand off my knee.

I wanted him away from me.

So I played dirty. The camera wouldn’t be able to capture what I said.

He’d been staring at my lips the last few minutes like he was about to devour them. I hated when any of my jobs kissed me on the mouth—or kissed me at all, for that matter. So a little push in the right direction was definitely in order. The bastard opened the door, enabling me to kick him right through.