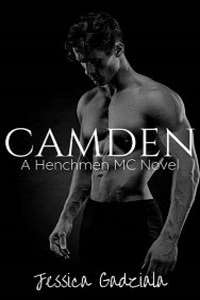 I moved out of the clubhouse.

I still spent a lot of time there, of course. That was what you did. What I did. Since Liv was off raising babies and Astrid was off chasing chickens around.

I wouldn't claim it wasn't an adjustment, a big one. I went from being surrounded by women, by their shoes scattered around, their makeup piled on the counters, their blankets everywhere, their music blasting, the high, musical sound of their laughter or late-night conversations.

Then, suddenly, I was in a clubhouse full of men. Men things, men sounds, men music.

They were two completely different worlds.

And, while I tried for a long time, it never quite felt like home to me.

They accepted me, yet I couldn't shake the feeling that they didn't feel the connection with me as they did with one another. Because I didn't sit around and bullshit with them, commiserate about our paths, wonder about the future of the club as things changed over the years. I could sit there, yeah, but I couldn't engage as they could.

But after a lifetime of being exactly who I was, hiding away a part of myself that was shrouded in so much pain and insecurity, I wasn't sure I was capable of being any other way, letting them in that capacity, opening myself up, being that vulnerable.

I would live and die by the club.

That was the code.

But that didn't mean I had to live at the club.

Most of the guys didn't anymore anyway.

People crashed, or spent a night or two there when they were pulling guard shifts, but now that even the elusive Roan was shacked up with his woman, the only full-time residents were West and Vance. Both young, eager to prove themselves, bursting with bravado, they single-handedly made up for the lack of other single club members. Liquor flowed, girls flocked in and out. It was a party place most nights of the week.

The days and weekends were a bit more child-friendly. The club offspring ran in and out, laughing and screaming, the older kids hanging out in the yard, checking out the bikes, helping their uncles fix them up, clearly enjoying being a part of the club in a small way, dreaming about getting a cut and patch eventually. Sooner than their fathers or uncles seemed to realize, seeing their sons through the narrow scope of parenthood, seeing them as little boys with wiggling teeth instead of the young men they actually were. I didn't figure it would be long before they started sneaking drinks at the bar, coming home after curfew, getting into scuffles, puffing their chests.

I wasn't against the kids being around. I liked kids. As much as I could considering I had never really spent time around them. My life had never been the kind of place you found children. It was rough and ugly and dangerous. I didn't always have a lot of faith in humanity, but the fact that I didn't often see children while trading arms was one of the few ways in which I thought we weren't completely doomed.

Even the Henchmen kids were kept far away from the guns, from the drops, from anything at all that involved business.

Maybe it was because I came into Navesink Bank so late in the game, compared to everyone else, that I found it hard to feel like I fit in quite as well.

So I got myself an apartment.

It wasn't the nicest of my options, but it was the closest, and that had been Reign's only real concern - that I was nearby in case I was needed. The building itself was a four-floor brick structure with rickety balconies whose railings were rusted and wiggling, usually only used to store plants or hang out blankets too big to fit in the dryer. Definitely not safe enough for an actual human being to stand on, or even one of those yippy ankle-biting type dogs like the half a dozen that lived in the apartment above me, all of them suffering from separation anxiety when their owner went to work each day. I wasn't even going to talk about the state of the fire escape. I was pretty sure that in an emergency type situation, it would be safer to jump.

It wasn't that the place was neglected by a slumlord per se, it was old, a little unkempt. And the residents were just scraping by as it was. If rent had to be raised to cover updates, they wouldn't be able to afford it. So everyone dealt with the balcony situation, avoided the elevator that let out a high-pitched metallic shriek when you tried to use it. They put thick carpeting down and hung shit on the walls to try to quiet the sounds that easily cut through the paper-thin walls and floors.