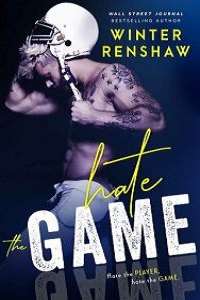 “I heard he’s a total dick. Is it weird that I’m turned on by that?” A freshman girl nibbles on the tip of her pen as she chats up her friend. Her long leg is crossed over the other, foot bouncing.

“Is it weird that you’re turned on by that?” her friend spits her question back at her with a side of sass. “No. I saw the guys you hooked up with last fall. You have a type and that type is shameless asshole.”

Amused, I fight a smirk and turn away, attempting to tune them out.

Sure I’ve had a boyfriend or two along the way, but hooking up for the sake of hooking up isn’t my style. But more power to the girls who can rock that walk of shame like no one’s business, racoon eyes and sex hair and a satisfied flush on their rosy cheeks.

Yanking my pristine rose-gold notebook from my messenger bag, I flip to the first page before readying my favorite gel pen with the bronze-colored ink. Drowning in an ocean of open MacBook Airs with gleaming retina displays, I prefer to take notes the old-fashioned way. Swimming away from the current is kind of my thing.

I scan the room of baby-faced Pacific Valley University freshmen and check the clock. Three more minutes until class starts. Last semester, my advisor informed me I needed one more general elective to satisfy my graduation requirements and she gave me the choice between Anthro 101 … and Philosophy of Logic.

It was a no-brainer for me.

People have always fascinated me, especially when observed from a distance. And in this case, you can’t get more distant than a couple hundred centuries or tens of thousands of years.

In the front of the lecture hall, a silver-haired professor in a kitschy Hawaiian shirt and wrinkled cargo shorts messes with a finicky projector, and to my left, two girls discuss weekend party plans as their overpowering perfumes compete for the oxygen I’m attempting to breathe.

Two rows up, a couple of scrawny guys are hitting on a lilac-haired wallflower who clearly wants nothing to do with them. She has my full sympathies, and I’d intervene if I were closer.

Out of nowhere a second later, a crumpled paper soars through the air, landing at my feet. I kick it away before glancing over and spotting a couple of guys at the end of the row hiding their snickering faces.

Four more months and I’ll be out of here forever.

“Holy shit,” one of the girls beside me whispers, nudging her friend. “Isn’t that Talon Gold?”

The other girl gasps, fanning herself and bouncing in her seat as she leans in and mumbles “dibs.”

I’m midway through jotting today’s date on the upper righthand corner of my paper when I glance up to find none other than Pacific Valley University’s star quarterback and ladies’ man extraordinaire climbing the steps two at a time … making a beeline to the back row—to my row.

The girls beside me are giggling now, whispering about all the dirty things they want to do with him. The brunette on the left tightens and fluffs her top knot and the sandy blonde next to her casually dips her hand into her bag to retrieve a rollerball of pink lip gloss.

“Um, I’m sorry. Would you mind scooting down one spot?” The girl with the top knot leans across her friend’s lap, tapping me on the knee.

“Oh my God, Kaitlynnnn, don’t be rude,” her friend scoffs at her before massaging her juicy-wet lips together. She turns to me. “Ignore her. She thinks she actually has a chance with Talon Gold.”

I want to tell them to stop acting like he’s some demigod, to stop referring to him by his entire name like he’s some iconic celebrity, because he’s just a guy.

A man with zero shame and zero fucks to give.

Though I guess if the one girl prefers guys who are “dicks” it would make sense that she’d be fawning over this one.

Talon Gold is the King of Dicks.

“I can’t believe this,” Kaitlyn grabs her phone, firing off a text. “Monica is going to freak when I tell her he’s in my class.”

Her friend sits stunned and speechless as he gets closer. I don’t even know that she’s blinked since she spotted him.

“God, he’s beautiful, isn’t he?” Kaitlyn releases the dreamiest of sighs. “The bleached hair, the dark roots. I just want to run my hands through it, mess it up a little more. And that bronze skin. What do you think he tastes like?”