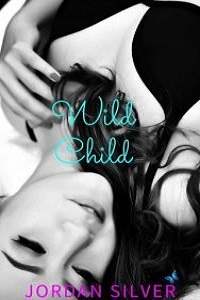 I have a problem; in fact, some may call it a disease. I’m not sick unto death or anything, so most people don’t see it as such. They’d much rather instead look down their noses and sneer. They don’t understand.

I need help just like anyone else who suffers from an addiction. You see, some people are addicted to drugs, some to food, and yet others to gambling. My obsession is sex.

I don’t know how it started really. I just remember by the age of eighteen. I needed it all the time. I don’t just mean like ‘oh, I should have sex today.’ No, it was way more severe than that. I needed it to survive.

In fact, that’s a lie; I think from a much younger age, I used to rub myself against things to ease the itch between my thighs. Back then, I was too young and innocent to understand the force that was awakening inside of me.

I just knew that the slightest touch would set me off, and nothing would help but for me to rub that itch against something to make it stop. As a teenager, I’d shove anything I could find up inside me, but nothing ever satisfied.

I’ve spent many frustrating nights alone in my little canopy bed with my hands beneath the sheets stuffing some toy or the other up my snatch as tears ran down my face because something was eluding me; something big, something important.

I didn’t know what that something was, but it was there, just out of reach. If I could only fuck myself harder, deeper, with whatever object was at hand, I knew the rewards would be magnificent, but nothing ever got the job done.

And then, when I turned eighteen and lost my virginity to my high school sweetheart, that the beast was truly unleashed. Once I got that feeling, there was no turning back. But even then, I knew there was more that he’d only brushed the surface of what laid deep within me. Still, it was better than what I’d had before.

I would skip classes just to fuck and fuck all day. Poor guy couldn’t keep up with me. He ended up breaking things off because he couldn’t really satisfy my hunger, and he was always afraid I would cheat. His reaction terrified me, made me hate myself, but even that didn’t cool my ardor. Nothing could.

I was afraid of being found out. Fearful of the finger-pointing and the name-calling, so I did everything I could do distract myself. I had guys interested in me; there were always guys.

But I was afraid of being let down again, of having to move from one partner to the next. You see, that’s where my problem comes in. I never wanted to be a slut. Outside of these urges, I’m a normal healthy young woman, but when I get that burn, I can think of nothing else but fucking.

I was so very confused; there was no one to talk to, nowhere to turn. What little I found on the Internet seemed to say go for it, but how could I? It would destroy so much. Not just myself but my family’s standing in the little town where we lived. I couldn’t risk it.

I had to lock myself away in my room plenty of times and fuck myself with anything handy. Until I got every sex toy, I could find to satisfy my itch. I kept Duracell and Eveready in business; I’m sure as I burned through batteries at an alarming rate. Still, it was never enough. I was racing against time.

Now at twenty-one, it all came to a head a few months ago. My parents stepped in when I was about to lose my shit. I had to tell them before I did something stupid. When I started having fantasies of going to bars and picking up strange men to fuck me until my pussy was no longer thirsty, that’s when I knew I needed help.

Mom and dad found me the doc. Now I’m not sure that this was such a good idea. Dr. Macalister is in his early thirties, I think, with waves of jet-black hair. But on his right temple is the sexiest patch of silver-grey hair you’ve ever seen on a man.

And his eyes, he has the most intense blue, green eyes. A color I’ve never seen anywhere except behind his hot as fuck glasses that instead of making him look nerdy like the boys at school, only made him seem dashingly intelligent. I just wanted to fuck him into the ether.

My pussy is so hot as I lie on his couch. It’s been doing that a lot in the last few weeks since I’ve been coming to see him, but today is the worst. “Chelsea…Chels, what’re you doing?”

I looked over at his desk, questioningly. What does he mean, what am I doing? I’m laying here listening to his voice, his sexy as sin voice that makes me think of fucking. His eyes did one of those up and down things that meant look at what I’m seeing.