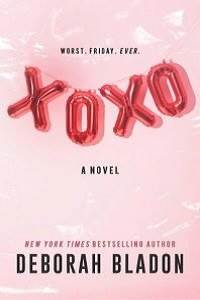 “Are you skipping your coffee break again?”

I glance up at the sound of the cheery voice of one of my co-workers. Bronwyn Kirby flashes me a dimpled grin.

Undeterred by my answer, Bronwyn waves a chocolate bar at me. “I picked this up yesterday at a candy store in Times Square. Take a break, and we’ll split it.”

Chocolate is one of my weaknesses. It’s the perfect partner to a hot cup of dark roast coffee.

I’m tempted to drop everything to satisfy my sweet tooth and caffeine craving, but it’s not worth facing the wrath of my boss.

I point at the stack of file folders on the corner of my desk. “Mr. Calvetti wants all of those updated before he gets back.”

Bronwyn’s gaze drifts to the files. “You have time to squeeze in a short break.”

She says it with enough confidence that I almost fall victim to her ploy. I know she doesn’t want to spend the next fifteen minutes alone in the break room. The chocolate is a compelling lure, but avoiding Mr. Calvetti’s disappointment bears more weight.

I shake my head. “He made it clear before he left for his meeting that I needed to get through all of that. I want to avoid angry Dominick today.”

Bronwyn tucks a lock of her brown hair behind her ear. “I convinced Judd to switch everything to electronic form. When I have to make an update to a client’s file, it takes two seconds flat.”

I don’t need the reminder that her boss is the opposite of mine. We’re both executive assistants working for the same company, but Bronwyn reports to Judd Corning. He’s known to smile most of the day, dole out a few compliments each week, and the bonus he handed her during the holidays was in the low-five figures.

Mr. Calvetti has resting scowl face. He wouldn’t know a compliment if it hit him in the side of the head, and my December bonus consisted of a ten-dollar gift card to a bodega.

Bronwyn unwraps the chocolate to snap off half. She offers it to me with a grin. “You look like you could use something stronger, but this is the best I can do at the moment.”

Taking a bite, I close my eyes and lean back in my chair. “This is incredible. It’s so good.”

Bronwyn laughs. “You act like it’s better than sex.”

“It’s chocolate, Arietta.” She takes a bite of the piece in her hand. “It’s good, but even bad sex is better than this.”

I disagree. I’ve never had sex that has been as satisfying as this chocolate.

“If you change your mind and decide to sneak away from your desk, I’ll be all by my lonesome in the break room.” Bronwyn pushes out her bottom lip in a pout. “I’d tell you not to work too hard, but I know you have no choice.”

She’s right. I don’t have a choice. I have to get my to-do list done before my boss’s meeting uptown comes to an end.

An hour later, I finally close the last file folder on my desk. I have no idea how I managed to get it all done, but I did. I pop what’s left of the chocolate into my mouth.

I turn my attention to all of the messages that have been left for Mr. Calvetti this morning. I need to sort through those now.

It sounds simple enough, but in his world, nothing fits into that category.

He made it clear that any message from a woman who is not related to him or looking for investment advice is to be tossed in the trash.

I search through the fifteen pieces of paper in front of me.

I pick out three.

I read the first to myself. “Tell Dominick that I have his tie. If he wants it back, he’s going to need to fly to Norfolk to get it out of my bed.”

My gaze drifts to the name I jotted down during my brief conversation with the woman. Teagan. Next to that is a phone number with a Virginia based area code.

I open the bottom drawer of my desk and tug out a manila envelope. I push the paper with Teagan’s message into it, cramming it in with the dozens of others I’ve put in there since I started working for Mr. Calvetti.