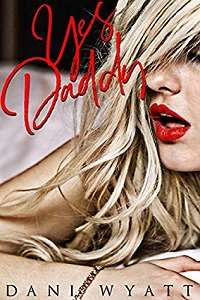 I WATCH AS THE AUTO shop owner counts the stacks of hundred-dollar bills. He’s nervous. I’m not like his typical customers, and my requests for the customizations on my new black Suburban were unique to say the least.

“We square?” I grumble as I stare at my phone, answering texts and emails while he opens a safe behind his desk and stacks the money inside.

“Y—yes,” he stutters, taking the last of the cash and securing it in the little black box, unaware that I could break his safe in less than thirty seconds if I wanted to.

I paid nearly double the quote for the upgrades on my new ride under the condition that he would get it done off the books and in less than a week.

He did both, so I’m pleased, and I’ll send him more business from people like me who need services like his. He may be nervous, but I have a sixth sense for people, and I’m betting he understands what loyalty means.

He rustles through a stack of papers on his desk, pushing empty coffee cups, screwdrivers and other shit around that looks like it’s been sitting there for years. Every few seconds he glances my way with an apologetic nod, but all I want is for him to calm the fuck down.

I don’t think he knows exactly who I am, but he has an idea of what I am. We didn’t exchange names. Most people wouldn’t know me on sight, but they would know my name. My family has a history in Detroit, and I’ll admit not all of it is good.

In fact, most of it isn’t good.

But even without knowing my name, I’m intimidating. Both in looks and presence. Add to that, the bulletproof glass, reinforced-steel roll cage and other customizations, I think he’s got some idea I could be a problem for anyone I found didn’t serve me.

“Here. Your receipt.” He raises the piece of paper from the desk with a shaky hand.

I scowl. “I don’t want a fucking receipt.” My brows draw together. “What part of ‘no records’ did you not understand?”

“I’m sorry.” He slowly pulls the paper back to him. “I just thought you might want a...list of everything we did. I don’t know how this works...” He rubs the center of his forehead with his other hand.

“Did you do everything I asked?”

“Then I know what you did. I don’t forget things. Or people.”

I see him swallow hard as he tears the receipt into tiny pieces and throws them into a trash can. I hold out my hand, and he takes it in a limp shake that has me fighting off the urge to squeeze harder and give him a speech about being a man. Instead, I opt to get on with my evening. I’ve got some uncomfortable business to take care of, and I don’t like to put things off just because they're unpleasant.

If I did, I’d never get anything done.

He raises the shop door as I hop in the Suburban and start it up. It rumbles under me, then the noise disappears completely as I shut the door—the stone silence of the interior is just what I requested.

The first flash of lightning brightens the dark sky as I pull out of the garage and make my turn toward my former business partner’s office.

But things change. Even in my somewhat shady business, people draw lines and have their own limits. There are things I won’t do. I’m no saint—I’ve done things that would make most mothers cry. But it’s how I grew up, and the truth is, my mother was proud of me.

God rest her soul. She passed away three years ago from complications of pneumonia. My dad preceded her by ten years, taking a slug from a rival family while he was having dinner at a now closed business-friendly restaurant downtown.

He was eating spaghetti with my former partner’s father one second and taking a bullet between the eyes the next. The other guy got a bullet into the shooter, but it was too late for my father. Our families have been friends and partners of one sort or another for three generations. Salvatore and I grew up together, got in scrapes together, and always had each other’s back.

Unfortunately, when Sal started to branch off into sex work with girls barely old enough to drive, I drew my line in the sand and made it clear we were going to part ways.

I’m willing to take a financial hit to distance myself as quickly as possible from that shit, and honestly, I’m seeing a side of him that makes me glad we’re dissolving our business relationship.

I’ll still manage a lot of the weapons sales. That’s been under my supervision primarily, and Sal doesn’t have the knowledge necessary to make it work. Trying to persuade a buyer that you know what you’re talking about, when all you really know is how to point a gun, is liable to get you killed.