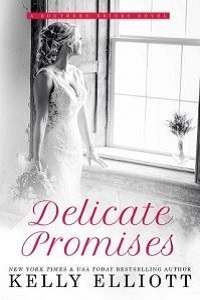 “ARE YOU SURE you want to do this?” Miles asked, looking just as nervous as I felt.

“Yes,” I replied and chewed on my lip. I wanted this badly. I’d been wanting it since Miles asked me to practice kissing with him so he could kiss Beck Williams. I couldn’t stand Beck Williams solely for that reason. The only thing that kept me sane was knowing I had French kissed Miles first.

I swallowed hard. “My folks are gone, we’re both curious, and a little drunk on my daddy’s whiskey. Plus, I want it to be you, Miles. I want my first time to be with you. I trust you.”

He smiled, and my knees felt weak. Truth be told, I wasn’t drunk at all and neither was Miles, although we acted as if we were. Once sex came up, we both seemed to sober up awfully fast.

My parents had taken my older sister June to a specialist in Dallas and left me in charge of the house and ranch. June hadn’t been feeling good lately and none of the doctors in Hunt could figure out what was wrong. When they decided to go up to the Children’s Hospital in Austin, I asked to stay home. I was a straight A student and really didn’t want to miss school, and my parents agreed. I might have only been sixteen, but I was a responsible sixteen-year-old. Well, that was until Miles and I got into my folks’ alcohol and hid up in the loft of my barn.

Taking a step closer, Miles brushed a piece of my hair that had fallen from my ponytail away from my face. “I want it to be with you too, Kyns.”

Miles wasn’t my boyfriend. He was my best friend. The one person besides June who I could talk to. Who better to lose your virginity than your best friend. Right?

“Are you scared?” he whispered, kissing my neck.

His hot breath against my cool skin made me feel dizzy. It was October in Texas, and unseasonably cold, but the loft suddenly felt like an oven.

Miles kissed me behind my ear and softly said, “Promise me you’ll tell me if I hurt you.”

Another kiss, this one at the corner of my lips.

Holy hell. When did Miles Warner become such a seducer? Not only was my brain going fuzzy, but I couldn’t find any words.

Before I knew what was happening, Miles lifted his shirt over his head, and I sucked in a breath like it was my last one. I had seen him without a shirt several times, and each time I drooled like a silly, love sick girl. He might have been my best friend, but I wasn’t blind. The boy had the body of a man. None of the guys in our sophomore class could hold a candle to Miles.

I placed my hand on his chest, noticing the sharp inhale of his own breath. My eyes lifted to lock with his baby blues. Man, he had pretty eyes. A girl could get lost in those eyes, which I was currently doing.

“I sure hope we do this right,” he said with a wicked smile.

“Your P goes in my V. If we get that wrong, we have bigger problems.”

He scrunched his nose. “Do you really want me to whisper into your ear that I’m about to put my penis into your vagina?”

I shook my head.

We both laughed. When I ran my hand down closer to his jeans, something in his eyes turned even darker. I loved seeing that look on his face—and knowing he wanted to do this with me. I would always be able to say I was his first. There was something so amazing about that. Miles Warner wanted me as much as I wanted him. We could pretend all we wanted that we were just tipsy and curious, but I knew the truth.

Taking my hand, Miles lead us over to the bunk beds, and he lifted my dress over my head, then reached behind me and unclasped my bra. It fell to the floor and I should have had the urge to cover myself up. Instead, I found myself working fast to undo his jeans and push them down.