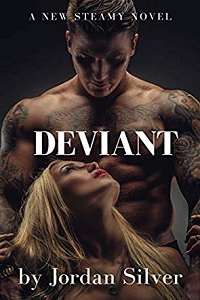 I sat back and watched quietly as she entered the room, still amazed that she couldn’t see me. She had no idea I was here, watching her, even though I’ve been doing this for a solid week now. I wasn’t ready to come to her attention just yet though; I still hadn’t learned everything I needed to before making my move.

Had the situation been different she wouldn’t even have been on my radar, but as life would have it, our paths were about to cross, something she might not like herself. My intentions shall we say, are less than stellar.

Her father the stupid fuck had crossed me. Now why the fuck he would want to do that shit when I'd warned him repeatedly of the consequences was anyone's guess. I guess he was fooled like so many others by the business suits and white-capped smile.

Fuck, beneath the gentlemanly veneer beats the heart of a deviant. I believe in vengeance, justice and retribution. All to be carried out by yours truly of course, and that shit is always swift accurate and to the point.

The asshole should've remembered his sweet little college coed so far away from home and daddy's protection when he decided to try stealing from my company; the fuck? Not to mention what that shit done to my dad.

Hadn’t I told him? Not my fault if people don’t take me at my word. I guess in this day of innuendoes and half-truths, it’s hard to believe a motherfucker when he tells you to your face that he’d cut your head off and shit down your bleeding neck.

Whatever, I always warn them. Just like I’d warned the fucker that I was gonna go after his kid if he crossed me. I guess he didn’t believe me. In fact I think he’d laughed. He’d believed in his own strength when he shouldn’t have.

Now his little princess is about to pay the price; oh well. I watched her go through her nightly ritual, something I’d become very familiar with, and once she was down for the night took my leave. Soon it will be time to make my move.

I searched myself for any signs of guilt but there was none. Sure when I set out on this quest I had no feelings one way or another; she was just a means to an end. But I’ll admit to feeling… something, since spending these past few nights watching her.

She wasn’t at all what I’d expected. With an old man like hers I guess I’d been expecting her to be a chip off the old block. But as far as I can tell, the girl seems to be the complete opposite. Quietly reserved is what I’d call her.

None of that changes what’s about to happen though, but it might change the way I go about this shit. My first intent was to just take her and be done with it, but now I’m leaning more towards a more humane course of action.

My driver opened the back door of the town car when I approached and I slid silently into the soft leather interior. My mind was restless tonight, more so than it had been these last few nights while I’ve been doing this.

I’m a little annoyed at myself I guess, for taking this route. It’s been a while since I’ve let my humanity dictate shit to me. I’ve found that that shit can trip you up if you’re not careful.

After the life I’ve led from my teens into adulthood I’ve learned not to trust that shit. Once emotion gets involved you’re bound to make mistakes, costly ones. But there was something about the girl that touched something inside me. Something I’d thought long dead.

I took a long hot shower and dunked my head under the water to clear it as soon as I made it back to the high-rise apartment I’d rented in the little college town. I couldn’t shake thoughts of her from my mind. Not just her looks, and she is beautiful. But her whole demeanor has thrown me for a loop.

I admit it would’ve been much easier to fuck her over if she’d had even a modicum of her old man’s assholish nature. But this girl seems too sweet and unassuming for the offspring of one of the richest men in the world.

That part of me that I’d done my best to stifle all my life was fighting hard against me. That soft forgiving fucker that I’d thought long dead. I wasn’t about to go back on my plans though. So the question remains, how should I proceed?

I looked down at my cock that had grown hard the second I started thinking about her. It’s been happening more and more lately, ever since I started my nightly vigil in fact. I flicked off the water in anger and distaste. He wants her; fuck.