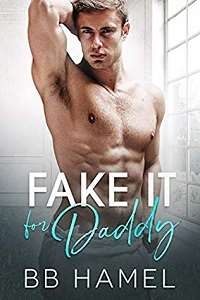 I say the words as loudly and clearly as I can manage. I take a deep breath and stare straight ahead, keeping my face as calm as I can. I feel strong, I feel powerful. Nobody is going to walk all over me.

“I quit,” I say again. “I quit. I quit, asshole. Hey, listen, dickhead. I fucking quit. Fuck you and your stupid company, you uptight pretentious dick.”

I sigh and put my hands on the bathroom counter. I shake my head at my stupid reflection in the mirror, feeling totally lame and pathetic.

Who am I kidding? I’m not going to say any of this to Leon Price. He may be controlling and overbearing and very possibly insane, but he’s still one of the wealthiest and most powerful real estate developers in the whole country. The guy owns, like, half of New York City practically.

I’m just his lowly personal assistant. More like I’m his pathetic, weak, loser Person Punching Bag. Okay, maybe it’s not that bad, but Leon is a total freak. He needs everything perfect and if I make one teeny-tiny mistake, he hands me my ass on a silver platter, already chewed out.

I want to quit, but I know I can’t. He pays me way more than I’d make doing pretty much anything else, and let’s face it, living in New York isn’t cheap. Because of him, I can afford a decent apartment in a decent neighborhood. I just have to put up with demanding hours and his random whims.

“Pathetic dork,” I say to the reflection in the bathroom mirror. “You’re not even going to keep that dress.”

I sigh and look down at myself. I’m wearing this insanely expensive black dress, just a hint of cleavage, just a little short, but still tasteful. Leon all but demanded I purchase it and wear it tonight.

We’re having dinner with two of his latest… clients, I guess they are, although I’m not really sure. They’re these weird European people, French, I think. They speak English with a slight British and French accent, which sounds unsurprisingly amazing.

I’m pretty sure they’re a married although they don’t act like it. The woman is tall and willow-thin and pale and blonde and basically absolutely gorgeous in an old black and white movie star kind of way. The guy is short and stocky and darker. They’re more or less opposites, and also the chicest people I’ve ever met in my life.

Leon has been distant and rude all night and the two French people have basically ignored me. I don’t know why I’m here, except to show them that he can push around his assistant however he wants.

Well, okay, I did bring all the plans for the hotel they want to build in some tiny country I’ve never heard of. But still, I barely need to be here.

I turn the water on and let it run for a second while I get a hold of myself. It’s not that bad, I chant inwardly. The money is too good to pass up.

Except I really want to quit. I really want to be done with this. It’s just becoming too much for me, and anyway, I have some money saved up. Maybe I could walk away, live on my savings until I found something else…

Just as I’m forming my master plan, there’s a bang at the bathroom door that makes me jump. I blink rapidly, not sure what to do.

“I know it’s occupied,” a deep, resonant voice hisses on the other side of the door. “Open up.”

I hesitate a second. I know that voice. I know it very, very intimately. I want to just leave the door locked and pretend that my asshole boss isn’t demanding that I let him into the bathroom while I’m using it.

“Why?” I ask, surprising myself.

There’s a brief pause. I can picture the look on his face. Angry and surprised I’d do anything but respond with blind obedience.

I sigh and glance at myself in the mirror. Pathetic.

I pull the door open and my boss, Leon Price, barges into the bathroom, slamming the door behind him.

Leon is in his late thirties, which makes him shockingly young for how successful he’s been. He’s tall and muscular and I’m pretty sure he must work out for like twenty hours a day to stay as ripped as he is. There’s a perpetual five o’clock shadow on his stupidly handsome face that I have no clue how he keeps so perfectly groomed. His hair is dark and pushed back, styled just so, but it’s his eyes that always get me. Startlingly green, almost like emeralds.

In short, my boss is a total controlling psycho, but he’s also the most attractive man I’ve ever seen in my life. He makes movie stars look like boring pigs. The man could’ve been a model.