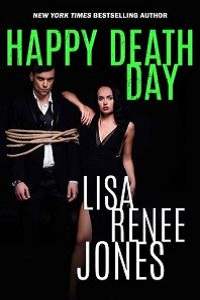 Lilah Love (28)—dark-brown hair, brown eyes, curvy figure. An FBI profiler working in Los Angeles, she grew up in the Hamptons. Her mother was a famous movie star who died tragically in a plane crash, which caused Lilah to leave law school prematurely and eventually pursue a career in law enforcement. Lilah’s father is the mayor in East Hampton; her brother is the Hamptons’ chief of police. She dated Kane Mendez against her father’s wishes. She was brutally attacked one night, and Kane came to her rescue, somewhat, and what unfolded that night created a secret between the two they can never share with anyone else. This eventually caused Lilah to leave and take the job in LA, away from her family, Kane, and that secret. Lilah is back in the Hamptons now, and engaged to Kane Mendez, and working as part of a special FBI task force to take down the Society— an underground organization with deep pockets, and fingers in all the wrong political pots.

Kane Mendez (32)—brown hair, dark-brown eyes, leanly muscled body. He’s the CEO of Mendez Enterprises and thought to be the leader of the cartel that his father left behind when he was killed. But Kane’s uncle runs the operations, while he runs the legitimate side of the business. Lilah’s ex from before she left for L.A., and now her fiancé since they’ve reconnected.

Director Murphy (50s)—gray hair, perfectly groomed. Former military. Lilah’s boss. The head of the L.A. branch of the FBI. Sent Lilah to the Hamptons to follow the assassin case. Is known to have had strong feelings for Lilah’s mother, and as head of the task force Lilah is on, continues to point her in the direction to take down the Society.

Jeff “Tic Tac” Landers—Lilah’s go-to tech guy at the FBI. She’s pulled him onto the task force with her.

Andrew Love (34)—blond hair, blue eyes. Lilah’s brother and the East Hampton police chief. Andrew is protective and seems to be the perfect brother. The problem is that he’s perfect at everything, including being as macho and as bossy as their father. There’s more to Andrew than meets the eye.

Lucas Davenport—tall, looks like a preppy version of Tarzan. A very successful and good-looking investment banker, he has taken to hacking in his spare time. He is a cousin of sorts to Lilah and Andrew. His father was the stepbrother to Lilah’s father. His father was also known to be with Lilah’s mother, Laura, on the night they both disappeared in the plane crash. He flirts mercilessly with Lilah, seeing as they’re not blood-related, but she always shoots him down.

Laura Love—Lilah’s mother. Famous actress. Died four years ago in a horrific plane crash. She infamously portrayed Marilyn Monroe in an Oscar-winning performance. Much mystery still surrounds her death and will be a recurring issue throughout the series.

Ted Pocher—billionaire CEO of the world’s fifth-largest privately held conglomerate, Pocher Industries. Has taken a liking to Lilah’s father in hopes of furthering her father’s political career. He tried to do business with Kane and Mendez Enterprises but was turned down because of his rep for shady business deals. One of the leaders of the Society. Was murdered by the Umbrella Man serial killer, or that’s what was told to the public. Kane really had him killed and covered it up.

Chief Houston (30s)—NYPD Chief. Lilah’s contact when she needs a police presence or liaison while in the city.

I make it through my honeymoon without killing anyone.

Did I have an urge to stab someone? A few times, yes, but what’s an urge if not realized? Dust in the wind, I tell you. Dust in the wind. Well, and a waiter who lives on to screw up someone else’s meal. In hindsight, I’m not sure my self-restraint served the greater good, but it’s done now. There was no bloody problem to solve, and the honeymoon, which was fourteen days in Europe, was good, really good. I was good. I even did lots of playing kissy-kissy with Kane, to such a degree that we both convinced ourselves we’re almost normal-ish.

Visitors are often offended by the use of “fuck you” as they don’t understand that it’s equivalent to hello, goodbye, you’re an idiot, damn it, and everything in between. If I’m talking to Kane, it might even mean “I hate you” or “I love you.” Today though, riding the honeymoon high, I am madly in love with Kane. I guess if I’m honest with myself and him, and I have been lately, I always have been. Even when I left him and moved to California. No, I think it was more complicated than still loving him. Back then, I’d think of him in his expensive suit worn with Latin flair, a goatee, and thick, dark, perfect hair, and I’d feel intense hate, partially because I still loved him. I hated him for making me love him.