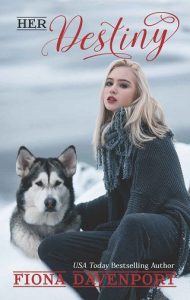 At the sound of the unfamiliar masculine voice, my head whipped up. When I spotted the executive chef of the restaurant where I worked, my eyes widened in surprise. I’d known Armand was on-site tonight, but I hadn’t expected him to come into the kitchen and congratulate the team. In the two years since I’d been at Castagna, he’d only spoken with anyone other than William, the head chef, a handful of times. I’d never been offended by it since Armand was at the top of the kitchen hierarchy and hadn’t been around since I’d been promoted. His role at Castagna was primarily managerial, the same as it was at the four other restaurants owned by the hospitality company we all worked for. He didn’t spend much time in the kitchen anymore, which was where I was for at least ten hours a day.

Everyone stopped what they were doing and turned to stare at Armand, as shocked by his compliment as I was. Not that we didn’t deserve to be recognized for our hard work. As one of the only restaurants in the United States to earn two Michelin stars, Castagna was expected to provide nearly perfect food, service, presentation, and décor. The dining area was impeccable and the waitstaff well-trained, but the perfectly crafted plates sent out from our kitchen earned us those stars.

“I apologize for the interruption. I know you’re all looking forward to finishing up your duties so you can get home, but I wanted to share with you the wonderful news we just heard.” Armand clapped William on the back. “As you all know, the newest Michelin guide will be released soon.” My heart raced as he paused, and his lips curved up in a rare smile. “And when it does, the entire world will learn that Castagna has earned its third star.”

After a moment of stunned silence, the kitchen staff erupted in cheers. Only fourteen restaurants had three Michelin stars in last year’s guide, so this was a significant accomplishment for all of us. I was having a hard time wrapping my head around the fact that I was second in charge of the day-to-day running of a kitchen that had just earned its third star. My promotion to sous chef had already been a major accomplishment, but this would take my resume to a whole new level. Unfortunately, my enjoyment of the moment didn’t last long.

William looked over his shoulder as Martin Branch walked into the kitchen. He had been the sous chef at Castagna before Armand asked him to move to Balthazar, the new restaurant he was opening, and he hadn’t been thrilled I replaced him. Although he’d had no issue with my work on the sauté station in the year and a half I’d been the saucier, he wasn’t happy about being replaced by a female chef. Judging by the smug expression on his face, I wasn’t going to like the reason for his visit.

When Martin reached William’s side, our head chef grinned and stuck out his hand. “It’s great to have you back.”

I clenched my jaw to stop myself from asking what he meant about Martin being back, but I didn’t need to give voice to it because the answer came after Armand greeted him too. Turning back to face the kitchen staff, he announced, “It’s been too long since William has taken a true vacation because he’s insisted he couldn’t get away from the kitchen for more than a day or two at a time. But with the awarding of Castagna’s third star, he’s finally decided that it’s time to take a two-week trip.”

My eyes squeezed shut as I began to understand why Martin was here. William confirmed my suspicion, each word feeling as though it was a stab in my chest. “Lucky for me, things are going smoothly at Balthazar, and Martin was willing to pitch in for me here while I’m gone so we won’t be down a chef.”

“Stepping in as the head chef at Castagna while you’re on vacation is an honor.” As soon as I forced my eyes back open, Martin flashed me a superior grin.

Most of my coworkers flashed me sympathetic smiles during another moment of stunned silence. Our pastry chef, Larken, and I started our jobs at Castagna only a month apart and became good friends during our time here. I wasn’t surprised when she was the one who gave voice to some of what I was thinking, “The menu has changed over several times since Martin has worked at Castagna, and we have a new pantry chef and legumier who have never worked with him before. ”

Martin crossed his arms over his chest, scowling at her. “Are you trying to imply that I’m not up to the task of running Castagna’s kitchen for a couple of weeks while William is away?”