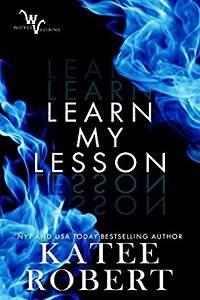 Once upon a time, a woman fell in love with a man. He wasn’t a good man. Men never are, I’ve found. But this woman hadn’t learned that hard lesson yet. She still had stars in her eyes and the kind of innocent love in her heart that the world delights in setting aflame.

When the man asked the woman for a favor, just a tiny little favor to prove her love to him, because she did love him, didn’t she? Of course she said yes. Of course he left her to pay the price for his sins. Of course he never once looked back.

The woman lost her innocence in the flames of his betrayal.

She rose from the ashes, a goddess in her own right, second only to her new master.

It’s a good story, as such things go. Far more romantic than the reality: I loved the wrong man and made a deal with the devil to save him. That kind of man doesn’t cleave to innocence lost, no matter what lies he spilled to bargain me away, and he left me as soon as the price was paid.

The devil suits me better anyway.

The devil in question sits next to me in a corner booth in a restaurant that’s unfamiliar to me. He’s wearing his usual suit that always seems a tiny bit rumpled in the sexiest way possible and his salt-and-pepper hair is styled to perfection. Add in the thick black-framed glasses, and it’s enough to have me clenching my thighs together in anticipation. Or it would be if I didn’t know him better.

Nearly ten years at his side and I know what the gleam in those dark eyes and the tiny smile pulling at the edge of his sensual lips means. Nothing good. Not for me. Not for whoever he has his eye on.

I idly stroke the stem of my wine glass and sigh. Another day, another game of manipulation. Sometimes, I swear Hades pulls shit just to keep boredom at bay. When one rules his little sliver of Carver City and has every other ruler in town simpering at his feet, boredom is the only real danger he faces.

I wish my life were that simple.

I contend with boredom. Of course I do. I’m Hades’s right hand, his queen, the second most powerful person at the Underworld. No one would dare touch me. To do so is to court his wrath, and if there’s a single person in this world who holds a grudge better than I do, it’s Hades.

None of that protects me from the harm a decade together can cause. The kind of drifting that sets two people at odds despite their best efforts. I don’t know where we went so wrong, and I can’t begin to fix something so broken on my own. Hades doesn’t even seem to notice the distance between us that grows more and more uncrossable with each day that passes.

“How would you like to play a game, love?”

If he were the real Hades, or whatever creature rules the afterlife, he couldn’t be more tempting and dangerous than he is in these moments. I look away. I have to. I’m not the green twenty-three-year-old girl who bargained away her life for a man who’d forget her before the day had passed. I know better than not to play a game with this man.

No matter how much I love him.

“My dear sweet Meg, always determined to play it straight.” His smile never wavers, but some of the warmth leeches out of his eyes. A warning, that. “You should know better by now.”

Yes, I should. I very much should know better by now. There was a time when I’d happily dance to any tune he set, wanting to please him for the sure happiness he shone down on me in those perfect moments. Now our love is more cruel edges and the kind of cut that one doesn’t even notice until hours later.

I lean back, putting as much distance between us as he’ll allow. “Like I said, I’m not in the mood.” I sound cold and uncaring, but I can’t seem to stop myself.

“Jafar’s baby girl is rubbing off on you, I see.” He studies his wine glass, still half-full despite our ordering before the meal arrived. “How is the darling Jasmine these days? For reasons unknown, Jafar seems disinclined to respond to my calls.”

It certainly doesn’t have to do with Hades orchestrating her kidnapping a handful of months ago. “Pride a little hurt? Maybe you should have taken care of Ali before he damaged the Underworld’s reputation.” I smirk. I can’t help it. We know each other’s buttons too well, and even though it hurts, we can’t help dancing on them as it suits us.