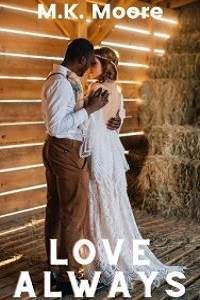 My father is an asshole. Well, he is, and he isn't. Usually, he's a nice, loving father. My mom passed away about ten years ago now. It was a freak car accident that took her from us, and Pops has never been the same. I have two younger brothers who were still nursing when it happened. I was eleven and helped as best I could, but we needed help. Cue Mrs. Tincheley. Our housekeeper/nanny. She's still with us today, though I handle most everything to do with Jim and Tim. I also am the business manager for our ranch, the Circle T.

So, the asshole part comes in when this morning I was kindly informed of my impending marriage to a stranger. A fucking stranger. According to Lester McHale's Facebook page, he's fifty-nine and has five small children.

The man wants a nanny, not a wife, but it won't be me. It's 2019, and I'll be damned if I let my father dictate to me who I marry, which is why I find myself at Roscoe's out on Route 129. It's Freedom, Tennessee's only bar. It isn't the classiest, but it is going to get the job done. I am going to let loose and find a man on my own terms. As soon as I walk in, Blake Shelton is playing on the jukebox, and it's loud. People are trying to talk over the music, so it's even louder. I don't have many friends, but the ones I do are already set up at the bar. Making my way over to them, my best friend Clare jumps up from her barstool as I approach.

"Damn, Marla. You are looking hot tonight," she says, whistling. I laugh because I went totally out of my comfort zone of jeans and a tee-shirt for tonight. I am wearing a fitted maroon dress with a bouncy skirt and long sleeves. It flares out around my knees. I finished the look with my trusty brown cowboy boots.

"Thanks, Clare. How long have you been here?" We exchange hugs, and I plop down on the empty stool next to her about as gracefully as a colt standing up for the first time.

"About thirty minutes. You gotta catch up. I've already had four beers."

"I can’t. I’m driving tonight. I am here to dance the night away."

"Girl, you’ve come to the r place. This place is crawling with men."

"Speaking of, where is Bobby Ray?" I ask, mentioning her husband of three years. He turned eighteen first, eight whole days earlier than she did, but on her eighteenth birthday, they got married at Freedom Baptist Church and haven’t looked back. They have been in love since the first day of pre-k, and it shows. She grins and gets the same dreamy look on her face she always does.

"Went to the bathroom," she replies. It looks like she misses him, and he’s probably only been gone a few minutes. I want what they have. He gets the same look on his face when the situation is reversed. It’s like the other half of their soul is missing if one of them steps out of the room. It’s both cute and annoying, to be honest.

"How’s Taryn?" My two-year-old goddaughter can be a handful, but she’s just about the sweetest little girl I’ve ever met. At least to me.

"She’s perfect. My mom has her tonight," she says, leaning closer to me. "I stopped taking my birth control about two weeks ago. I am hoping tonight we get knocked up again." I grin. Clare was born to be a mommy.

"I am sure you will," I say. Bobby Ray comes back and kisses his wife like he’s been at war. I am used to it by now but come on. Why do they gotta rub their love in my face? Suddenly, the music cuts out, and the lights flicker and turn off.

"Hey, Jessica, did your old man forget to pay the power bill again?" Someone shouts from behind me.

"Fuck off, Billy. It’s storming," she shouts back. Jessica and her husband Trevor have owned this bar since her daddy, Roscoe, passed away last year. Now that the music is off, we can hear the thundering booming overhead. I can also hear the rain. I can’t even remember the last time it rained, to be honest. It’s dry and hot in this part of Tennessee right now. I am lost in my musings when I feel a body come up next to me—a big body. The lights come back on and stay on this time. He smells fantastic, and when I look up at him, I almost swallow my tongue. Tall, dark, & handsome. Holy shit. It’s hot in here.

"Bartender, can I get a whiskey and whatever cold beer you have on tap," he asks. His voice is like smooth velvet as it washes over me.