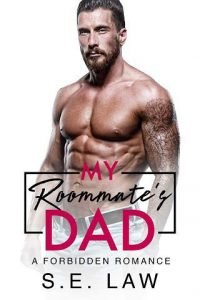 I stroll across the dimly lit patio and key into my one-bedroom apartment. I hang my black fur coat (faux) on the hook, stopping to run my fingers over the chipped green paint on the door. Hopefully, my landlord gets around to repainting this one day; I’ve only asked him three times now.

Continuing inside, I squeeze my tummy up and in as I slide between the side table and the lamp, shimmying the rest of the way through to get to the couch. I think to myself, as I do most nights, that I should get rid of some of this furniture because it just doesn’t fit in the room. But I love my things and I was so proud to finally be able to afford my living room set. It would break my heart to have to give pieces of it away.

But I’m feeling exhausted tonight, both physically and mentally. I let out a loud sigh as I collapse onto the plush cushions of my beloved couch. It’s a deep mossy velvet, and I run my hand over the fabric, luxuriating in its soft feel. But what am I doing? There’s no time to be lost. I pull up the time log on my phone and check myself out, indicating I’ve returned home safely. I’ve just logged another date in the books. I’ve been taking more and more lately, and it’s starting to wear on me.

After all, I work as a high-end escort, and my rendezvous tonight was with a man named Mitchell. He was kind enough. I could tell he was really blown away by my curves, so much that he stuttered a bit. It’s flattering of course, but it doesn’t make things any less awkward.

But Mitchell’s just not my type. He was dorky and rather unsure of himself, not to mention the spare tire around his tummy and the double chin hanging over his collar. Not only that, but he was sweating profusely throughout the entire date. I felt bad for him, but at the same time it was just so disgusting! I couldn’t look away. I wanted so badly to hand him a handkerchief so he could blot the beads of sweat away from his neck and forehead, but I figured it would only embarrass him, so I just smiled.

But that’s what you get when you’re in my line of work. Men pay astronomical amounts of money to take beautiful women out for dinner and drinks. My agency, City Girls, tells us to flirt and act interested. Our job is essentially to provide the client with enjoyable female company where they don’t have to do any of the work of courting a woman. We charm them, boost their ego a bit, and then send them home. Most of the time, that is. Every once in a while, I deem one worth granting the ultimate sale - sampling the goods, so to speak.

But providing that extra isn’t a requirement. Some girls choose to do it every time for the money, while others have vowed to never stoop to it. Personally, I take it on a case by case basis. If the client is handsome and kind, namely someone I wouldn’t mind having sex with under normal circumstances, I’ll take the plunge.

Unfortunately, Mitchell did not meet those requirements. But that didn’t stop him from inquiring. They always do. They assume an escort is an easier catch than the average woman. It’s understandable, but I turned him down of course. After all, not only was he a physical putz, but we didn’t connect at all. If it had been a real date, he would never have had the nerve to even ask. Of course, he looked upset when I told him no. The humiliation of the ultimate rejection, being turned away by an escort, was written all over his face, and I swear I saw his chin tremble and tears spring to his eyes. But I wasn’t all that moved by his pity party to be honest. It was another dreadful night out for me and all I wanted was to make an exit and get back to my tiny New York City apartment.

I kick my red heels in the general direction of the door and reach for the corked bottle of wine hidden beneath the couch. Yanking the stopper out, I take a large slurp directly from the bottle. Very classy. Then, I fall back onto the sofa again, letting out another heavy sigh.

I take a look around at my tiny living space, which come to think of it, is a metaphor for my life currently. City Girls has been great for me the last four years. It has been a source of regular, dependable income, but life has narrowed to nothing but paid dates. I haven’t been on a real date in years now.