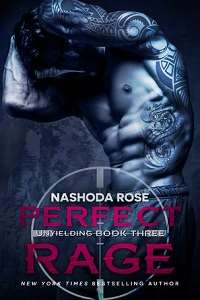 “THEY DON’T LIKE civilians around, especially journalists. Don’t take it personally,” Jaz whispered as we followed the lieutenant who had said no more than three words to us since we arrived on base. Two of which were ‘no photographs’.

He’d taken us directly to base commander, General Maunder, who reiterated the no photos rule, and that we, under no circumstance, were allowed to walk around base unsupervised. He also told us we’d leave for the orphanage at 0600. Then he ordered the lieutenant to take us to meet Corporal O’Neill.

The strict formality did nothing to help my nerves that had caused a perpetual churning of my stomach. I was in a war-torn country on a military base where I was obviously not welcome and would be traveling across perilous roads to an orphanage where I’d spend the next month.

Yeah, I was nervous as hell.

Jaz nudged my elbow and slowed. “It’ll be fine.”

I nodded. “Yeah, I know.” But I didn’t know. Jaz did because he’d been doing this for twenty or more years. I’d never been out of Colombia.

We passed row after row of enormous canvas tents when finally the lieutenant stopped abruptly at a clearing where six shirtless, muscled military guys jostled one another for a ball.

“O’Neill will be free in a minute. Wait here, please,” the lieutenant ordered, then spun on his heel and walked to a guy who stood watching the game. He said something to him, nodded in our direction, and then disappeared into a nearby tent.

“Get your camera, but discreetly,” Jaz said. “I can do a sideline story.”

“The commander told us no photos.”

“You want to be good at this, you need to take risks and get the shots no one else does.”

Jaz had reported all over the world in dangerous environments, whether it was from natural disaster or war. I was like a shiny new car who had never been driven off the lot and gotten her tires dirty. But the lot hadn’t exactly been safe and I’d been exposed to the elements. Those elements being a Colombian drug lord named Carlos Moreno.

I was here to escape the unwanted attention of Carlos and the only reason I obtained this position was because my brother worked for the magazine, and the photographer broke his leg the week before they were supposed to leave.

“I’m here at an army base in Afghanistan. That’s enough risk and I really don’t want one of these guys angry at me.” Besides, I wasn’t here to take photographs of hot military guys playing football or as they’d call it soccer. Still, I couldn’t help but look at the guy who currently had control of the ball.

He grinned as he volleyed it back and forth between his feet while making his way toward the makeshift goal. The grin was a little mischievous, a little cute and a lot cocky. His deep blue eyes were filled with amusement and I heard his raspy chuckle when one guy slid into the dirt attempting to kick the ball away from him, but Blue Eyes saw him coming and heeled the ball backward at the last second.

My eyes trailed over his hard chest to the tattoo down his left side, then to his flexed abdomen. Definitely an eight-pack and even though I couldn’t see his thighs because he wore cargo pants, it was obvious they were muscled, too.

But he wasn’t the only one. All the guys playing were in incredible shape.

“Deck, you bastard,” Blue Eyes barked, as a guy who I assumed was Deck elbowed him in the ribs and stole the ball. He then dodged a seriously built guy who attempted to block him. “Gate. Fuck. Take him out.”

I smiled when Blue Eyes’ grin was replaced by a fierce scowl as he ran after Deck who was close to the goal with no one on him.

Obviously, this guy was competitive and didn’t like to lose because any playfulness had turned to resolve as he darted left to avoid a guy trying to block him from reaching Deck.

“Riot!” a guy yelled. His back was covered in a tattoo of a bird, like a hawk or something.

Riot. The call sign suited Blue Eyes as he undeniably appeared like he’d be fun, but also dangerous with that aggressive determination.

Deck hitched his leg back to kick the ball into goal at the same time as Riot reached him. He body checked Deck to the left, then kicked the ball hard out of the path of the goal.

Out of the path meant toward the sidelines—where we were standing.

It happened in slow motion and my reaction time was non-existent as the ball flew through the air right at me.

“Ah, fuck,” Riot shouted just before the ball hit me in the forehead.

I staggered back from the impact and Jaz grabbed my arm at the same time as I put my hand to my head.