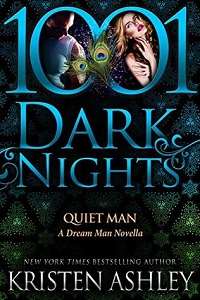 One Thousand and One Dark Nights

Once upon a time, in the future…

I was a student fascinated with stories and learning.

I studied philosophy, poetry, history, the occult, and

the art and science of love and magic. I had a vast

library at my father’s home and collected thousands

of volumes of fantastic tales.

I learned all about ancient races and bygone

times. About myths and legends and dreams of all

people through the millennium. And the more I read

the stronger my imagination grew until I discovered

that I was able to travel into the stories... to actually

become part of them.

I wish I could say that I listened to my teacher

and respected my gift, as I ought to have. If I had, I

would not be telling you this tale now.

But I was foolhardy and confused, showing off

One afternoon, curious about the myth of the

Arabian Nights, I traveled back to ancient Persia to

see for myself if it was true that every day Shahryar

(Persian: شهريار, “king”) married a new virgin, and then

sent yesterday's wife to be beheaded. It was written

and I had read, that by the time he met Scheherazade,

Something went wrong with my efforts. I arrived

in the midst of the story and somehow exchanged

places with Scheherazade – a phenomena that had

never occurred before and that still to this day, I

Now I am trapped in that ancient past. I have

taken on Scheherazade’s life and the only way I can

protect herself and stay alive.

Every night the King calls for me and listens as I spin tales.

And when the evening ends and dawn breaks, I stop at a

point that leaves him breathless and yearning for more.

And so the King spares my life for one more day, so that

he might hear the rest of my dark tale.

As soon as I finish a story... I begin a new

one... like the one that you, dear reader, have before

“I’m getting a breast reduction.”

Smithie took his attention from the piece of paper he held in his hand, looked across his desk and all the way across his office to the woman striding through the room.

The woman who was the subject of the words written on the paper in his hand.

His throat was tight.

Though Smithie just called her Mac.

He’d been wrong. She wasn’t done finishing her announcement.

Mac stopped at the front of his desk and proclaimed, “And you can’t talk me out of it.”

It took Smithie a minute to force his mouth to regain the ability of speech.

Lottie gawked at him.

He was a strip club owner and she was a stripper. His premier stripper. He had velvet ropes to contain the people who lined up, wanting to watch her dance. It wasn’t a stretch she’d think he’d have a problem with her getting rid of her implants.

Forcibly pulling his mind from the paper in his hand, he turned it over and laid it on the desk, giving his full attention to Mac.

And what she was saying.

Mostly, why she was probably saying it.

Before he could dig into that with her, she kept speaking.

“I interviewed seven plastic surgeons in the Denver area. I’ve chosen one. I’m doing it next month.”

“Not heard a thing about you doin’ this, now you’re not only doin’ it, you did all the research into it,” he pointed out. “So what’s the deal and what’s the rush?”

He just wanted to have the conversation.

When these women would learn that they couldn’t get away with lying to him, he did not know. He was in a variety of relationships with several women of his own, had kids with them, and he’d run a strip club for decades. He could spot a lie before the person even spoke the words.

Hell, his bouncers were the worst culprits. They thought they had that, “you’re a man and I’m a man” thing going on when no man was any kind of man if he lied through his teeth.

She didn’t answer his question.

She said, “People will still come watch me dance.”

“I know people will watch you dance. Had Joaquim do a head count coupla months ago for a few nights. Thirty-five percent of the people through the door were female. They say ten percent of the population is gay. So we can assume ten percent of that were lesbians who might have another reason they’re here to see you. But that means twenty-five percent of those females were here just to get a drink, but mostly to watch you dance. And you’re probably the only time a man can get away with saying he comes to a strip club to take in the talent of a dancer’s moves. You got big tits, you got regular tits, it’s not gonna affect your line at the rope. So let’s stop with the bullshit. Now, tell me why?”