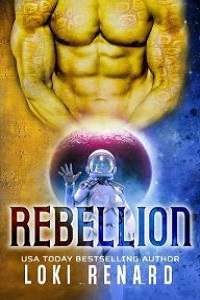 Jerri darted to the right, only to find herself immediately assailed by three red globes, one of which struck her dead in the midsection. If they’d been real, she would have been gutted by them, but as it was, they splashed into a thousand sparks of light. Frustrating, but not actually deadly.

Big hands took sudden hold of her shoulders, scaring the living hell out of her.

The earpiece on her left ear was plucked out, and a deep voice replaced the bewoop-bwip of the game. “I thought I told you that your holobay privileges have been revoked.”

It was such a calm sentence. Nobody outside the crew of the HMS Audacity would have understood just how pissed off the man saying it was.

Jerri pulled her goggles off and looked ruefully up into the stern features of her superior officer. The burning bullets of the simulation were replaced with a pair of bright blue eyes. Lieutenant Taylor was tall, square-jawed, strong-browed, and the kind of handsome that could make an entire mess swoon. He didn’t usually have any difficulty getting the female crew to do his bidding.

“Sure. I thought you meant for recreational purposes. I’m working.”

“Is that so?” His lips quirked a little. Taylor was not good at being too serious for too long. That didn’t mean he didn’t have authority. She’d seen him whip an insubordinate too hard to fall for the charming half-smirk that might have lulled a less sensible girl into thinking she wasn’t in deep shit right now.

“What work is involved in bullet golf?”

Taylor exhaled impatiently. “That’s an excuse that wouldn’t fly from a first year in the academy. You think it’s going to work with me?”

“First years give excuses like that because they’re the truth. We’re trying to slingshot this boat around six suns without hitting anything too big. I’m playing with holographic balls because it’s better than slamming the ship into a planet. Would you prefer I just took my chances?”

“I’d prefer you ran calculations through the computer like everybody else. Games aren’t a substitute for real life.”

“The kind of luck that comes with a lot of practice. Hence, bullet golf.” She gestured with the controller, which still represented the club in her mind and smiled broadly, the sort of smile some women learn to use to get themselves out of everything from parking tickets to murder charges. Taylor liked to think that it didn’t work on him, but it very much did.

“When you speak to me, you address me as sir.”

“Are you sure? Wouldn’t you rather I called you master?”

There was more than invisible golf with them in the room. There was history. The kind of history that made everything tense all the time. They’d slept together. Against all protocols, and almost by accident. Day before boarding the Audacity, they’d been in the same bar. Made small talk. Fell into bed. And created a hell of a mess.

Taylor had never officially reported the tryst. Jerri hadn’t told anyone either, and as the days passed into weeks, both of them worked out that the other was capable of keeping their mouth shut. But times like this, private times when nobody else was around, that’s when Jerri liked to have her fun, bringing their dirty little secret just enough into the light to shut down his efforts to give orders.

“Get out of here, before I take a whip to your hide.”