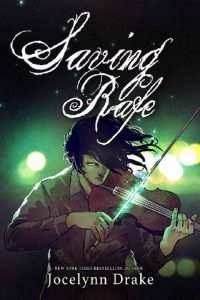 Strong hands grabbed his shoulders, holding him steady. A deeper instinct demanded he pull away, run. Run fast. But before he could do more than tense his muscles for an explosion of action, Marcus’s voice broke through the clutter clogging his brain.

Everything was safe. He was safe.

His heart was still hammering against his chest, but he drew in a deep breath and rubbed the heel of one palm into his left eye and then the right. The world had gone from complete nothingness to a cacophony of sounds and feelings. An angry, overwhelming collection of noises his brain was trying to sort through.

Lowering his hand, Rafe blinked and his eyes focused on his brother’s worried expression as he stared at him. One hand moved from Rafe’s shoulder to cup the side of his face with a surprising gentleness he’d not experienced with Marcus since they were kids. Bel, yes. His twin, Beltran, was all kindness and sweet concern. But not Marcus.

“Are you okay?” his brother asked.

Before Rafe’s brain could formulate an answer, it was distracted by the red smear at the corner of Marcus’s mouth. It looked like…blood.

His eyes darted over Marcus’s face. It didn’t look like he’d sustained an injury. Why was he bleeding? What had happened—

Memories slammed into his brain, freezing the breath in his lungs. Rafe pulled out of Marcus’s grasp. His legs weren’t yet strong enough to hold him upright, so he scooted a few feet across the thick Aubusson rug covering Marcus’s library. Marcus tried to reach for him, but Rafe held up a hand to ward him off, and Marcus relented.

They had all agreed to become vampires. To save their mother. To protect her.

Had it worked? Had he truly died and come back as a vampire? He didn’t feel any different. He felt alive. Normal. Himself, if a little disoriented.

“Rafe,” Marcus said, his voice growing firmer and more demanding. “Speak to me. How do you feel?”

“Fine,” Rafe replied, not caring for the note of surprised wonder in that single word. Okay, maybe he wasn’t quite himself yet, but he’d get there. “I…I don’t think it worked. I don’t feel any different.”

Marcus smiled at him, seated on the floor in his fine suit. Only his jacket and perfectly knotted neckcloth were missing now. The collar of his white shirt was open at the throat, and there was another smear of blood there as well as on the fabric. But there was no wound.

Aiden had bitten him there. Rafe had watched it, his stomach churning and clenching at the sight of his powerful brother held so easily in Aiden’s unyielding grip, his blood pumping down the vampire’s throat in one long swallow after another.

But if there was blood at Marcus’s mouth, did that mean he’d fed as well? Rafe’s hand lifted to his throat, remembering where Aiden’s lips had brushed his skin a moment before fangs sank deep.

Rafe’s heart skipped a beat, and he fought the urge to inch a little farther away from his brother. “You can read my thoughts now?”

Marcus shook his head. There was a bit of a rueful smile that disappeared far too quickly. “They’re written across your face.”

Rafe’s eyes darted across the room to take in the sight of his youngest brother, Winter, seated on the floor as well, his back against a chair as if he hadn’t the strength to even climb into it. The collar of his shirt was open, and it looked as if there were a pair of puncture wounds in his throat still seeping blood.

“You bit our brother?” Rafe demanded.

“It’s okay, Rafe,” Winter said. His oldest brother’s face was turning red, and his eyes dropped to the floor as if he couldn’t meet Rafe’s gaze.

Rafe opened his mouth to argue, but another voice chimed in, and Rafe found himself instantly calming.

“Winter is fine. Marcus was careful. I watched him the entire time.”

Rafe blinked and looked over at the older man kneeling on the floor to his right. Aiden. Aiden had been a vampire for over a century. Fallen in love with their mother. Taken care of them when she was ill. And now he was changing them so they could oversee her care.

Aiden, with his long dark hair, vibrant eyes, and too-handsome face, watched Rafe while he kneeled over the unmoving body of Bel. Aiden’s wrist was pressed to his brother’s parted lips, but there was no movement from his twin. It didn’t even look like his chest rose and fell with breath.

“Bel!” Rafe gasped. He lurched forward to his knees, crawling over to his twin’s side. More bits and pieces of their earlier conversation were coming to him now. They’d agreed to be transformed in order of birth, and while Rafe and Bel were twins, Rafe was technically older by minutes.