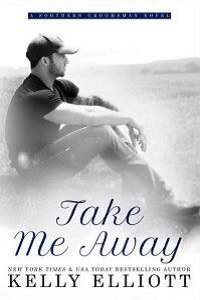 For those who have ever felt lost.

When something bad happens in your life, you are set down a path that will eventually lead you to something profoundly beautiful. You must simply be patient, darling.

THE VERY MOMENT I saw Linnzi Cunningham walk down the hall that first day of high school, I knew she was the girl I was going to spend the rest of my life with. She might not have known it then, and it may have taken me nearly our entire freshman year to get her to go out with me, but in the end, she was mine. She’d always be mine.

When I told her my plan was to go to the Air Force Academy and become a pilot, she didn’t blink twice. Even when I was gone for pilot school or deployed flying fighter jets, she never once complained. Linnzi knew my love of flying and that I was following in my own father’s footsteps, and she supported me a hundred-and-ten percent.

She was my life. The woman who made me the man I was. And today she gave me the best gift I’d ever received.

I hadn’t seen Linnzi for a few months since I had been deployed in Germany on a mission, and I came back to base after working all day to find that she had sent me a care package. Inside were goodies from our home state of Texas, along with an envelope that said not to open until we FaceTimed.

“What is this, Linz?” I asked as I held up the envelope.

Her smile was as big as the Texas sky. “Just open it, Nolan!”

I laughed while she bounced around in her chair. I could practically feel her excitement over the computer. “Does it have something to do with the wedding?”

I had asked Linnzi to marry me before I left for pilot training school, but with how crazy my life had been the last few years, we’d put off the wedding until things calmed down. We were planning on getting married this summer, and I had already put in for my leave. For three glorious weeks it would only be me and Linnzi, alone on a beach in St. Lucia.

“Nope! This time, believe it or not, it’s not about the wedding.”

I opened the envelope and looked inside. My heart beat faster, and I noticed my hand shook as I pulled out a sonogram picture. There was a red heart drawn on the picture with the words “la bébé” typed onto it with an arrow that pointed to a small spot. It took me a moment to let the French words sink in. Linnzi loved French and took it in both high school and college.

My head jerked up, and I looked at the computer screen. “We’re having a baby?” I asked, my voice shaking slightly.

She nodded and burst into tears. “We’re having a baby!”

“Holy shit! They can tell it’s a girl already?” I said as I shook my head and looked back down at the little tiny spec that was our child.

For the briefest of moments my parents’ faces flashed through my mind. I lost them both in a car accident nearly a year ago, and knowing they wouldn’t be here when my child was born made my chest ache.

“I know this wasn’t anything we had planned, but it looks like we’re going to be starting that family sooner rather than later.”

When I didn’t say anything, I heard her clear her throat. “Nolan?”

I looked up at the laptop once more as her voice pulled me from my thoughts.

My eyes widened in what I was sure was utter shock. “Angry? No, Linnzi, I’m not angry at all. This is all we’ve ever talked about. A family, a baby.”

She smiled, and I felt my chest squeeze. I loved this woman so damn much, and all I wanted to do was hold her in my arms. Tell her—no, show her—how damn happy I was.

“I wish you were here, I want to be in your arms so badly,” Linnzi said. “I wanted to wait to do the sonogram, but the doctor said we needed to do it and couldn’t wait until you came back. I’m so sorry.”

With a nod, she wiped her tears away.

“The wedding is in six months; you’ll be eight months pregnant then.”

She laughed. “I was thinking that maybe we focus on the baby and then get married after we have him or her. I’m not sure how fun it will be to be eight months pregnant on the beach.”

I frowned. “You’ve been dreaming about this wedding, Linz.”

“I’ve been dreaming about a baby, our baby. I don’t care about one silly day that will fly by so fast we’ll wonder why in the world we even had a wedding. I think we should plan a little trip after we have the baby. Maybe go up to Colorado and spend a couple of weeks.”