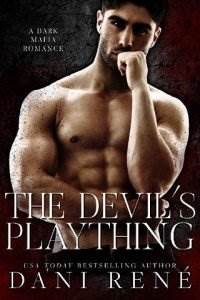 Give it up to Me - Shakira, Lil Wayne

I was born to a father who would ensure his organization—running drugs—was known for the utmost quality, and that any shipment promised, would arrive on time. He could take a baseball bat to the face of the men who worked for him if they were caught stealing, and nobody would recognize them again. Importing drugs was what he did best, and nobody got away with theft. He knew every kilo and every ounce that was brought into the country, and he knew when it left.

He didn’t feel guilt, shame, or any of those human emotions that make us weak. My father wasn’t weak, and neither am I. He showed me the way, leading by example.

This is my life.

Before, the pressure wasn’t on me. I could fly under the radar in my father’s organization. Now, I’m the man who rules it all, after having taken over from papá, Luis Cordero, who died a proud man, knowing that his life’s work would live on through me. On his death bed, he told me he was ready to go because he knew I was ready. Now, everyone fears me. When I walk onto the street or into a building, hushed whispers follow me. I wouldn’t have it any other way because when people are afraid of you, that fear will bring about some form of respect.

I learned that from my father. He gave me everything I own, and some things I took for myself. The one thing you need to know is I’m not apologetic in any way.

It doesn’t matter what or who it is, if it catches my eye, I will own it.

The tug against my jacket—where I slipped my wallet into only twenty minutes ago when I was at the restaurant—and the mumbled words, “rico maldito bastardo,” ring in my ears as if it’s a foghorn blaring in the dark night. I feel for it, realizing my wallet is no longer in my pocket, but the man who’s attempted to steal from me doesn’t make it far. One of my men grabs him by the scruff of his neck, dragging him back to where I’m standing at the market stall.

Ignoring the woman who’s serving me the crisp, green apples, I turn to find the thief. He’s nothing more than a vagrant who’s running around on the streets. If he had come to me and asked for a job, I may have considered it, but he’s tried to steal from me, and he’s mouthed off.

Granted, he may be right, I am a rich fucking bastard, but I’m the only one who can say that about myself. Anyone else spews venom, or even if someone takes from me, disrespects me in some way, I’ll make sure they pay with a pound of flesh or a gallon of blood. Either way, they’ll learn from their mistake. And this is why I’m in the town center with my men flanking me.

“Perdóneme?” I smile as I watch two of my men force him to the ground. Silence falls around us, and I revel in the way I’ve captured the gazes of the people around the market square. I love to put on a show; most times, it’s in the privacy of my home, but right now, I think they all need to see what I do to assholes like this.

Once he kneels, his mouth is forced open by, one of my youngest men, Alejandro. I lean in, my gaze locked on his dark one. Reaching for a handful of red sand, I grasp the granules and drop the whole lot in his mouth. The spluttering is enough for me to ensure everyone’s heard him, but it’s not enough.

If he’d kept to merely insulting me, I may have considered mercy, but stealing is another thing altogether. I straighten and gesture for my men to grab his wrists and force the left one to the ground, making it easier to access.

“Please, don’t do this,” the voice of the man kneeling at my feet whispers as he peeks up at me. The plea for mercy evident in his gaze. His voice is raspy from the sand I shoved into his mouth only moments ago. I watch him choke and cough, and I smile.

My black shoes are no longer shiny; instead, they’re covered in the dust that he’s disturbed. The toe of my shoe presses harder on the thin, fragile wrist of his left arm. Alejandro passes me the heavy leather wallet, which is thick with notes, and I slip it back into the pocket the thief swiped it from.