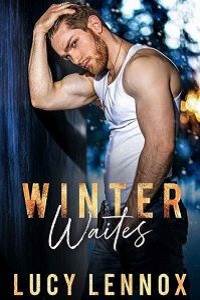 Have you ever done something so monumentally embarrassing you wish you could change your name and escape to a tiny town in northern Canada for the rest of your life? Yeah, me neither. I like snow as much as the next guy, but not being able to get delivery sushi is kind of a deal breaker for me.

At least, it was.

Before I moved to Aster Valley, Colorado, I thought there was nothing better than the convenience, energy, and anonymity of a big city. I loved living in Los Angeles. Unlike other successful musicians, however, I did not like to party. I barely even liked to stay up late. But I craved exercise, being outside in the sun, spending time with friends, and enjoying a good meal.

I imagined living in LA until I died, rode hard and put away wet as a single gay guy still sucking the marrow out of the city of angels until my final moment on earth. I’d never really thought of myself as the settling down kind. Maybe it was because the lifestyle of a professional musician didn’t mesh well with stability and settling. Maybe it was because I had a hard time picturing meeting someone I could stand for longer than a few days at a time.

At the age of thirty-four, I wasn’t old, but I was enough of an adult to know I liked my space, my independence. I craved being the captain of my own ship and not having to bend my sails for anyone else. In fact, it was a problem sometimes. My manager complained about my stubborn insistence on red-lining every little detail of my contracts. My producer rolled her eyes at my desire to direct every project. Even my uncle Doran—who’d somehow ended up as my personal assistant—complained about me being underfoot and bossy about the way he managed my house.

So imagine my surprise when I met someone who changed everything, someone who could suddenly control me like a puppet with a thousand strings. And every single one of them was tied between him and me irrevocably. Forever.

It started with a single moment, a split-second decision, that took everyone, including me, by surprise. We were in Denver performing a show in a club called Sweet Splits. Our band name was GUS, but it had originally stood for Gentry’s Unlimited Sweets. Needless to say, our PR people were having a field day with the sweets theme. They’d arranged for specially printed shirts for the event to hurl into the crowd throughout the night and had asked us to open with our holiday song “Candy-cane Kisses” even though the concert was taking place three days after Christmas. The organizers had hard candies to toss out to audience members during the concert which I suspected might cause some moderate injuries, but my agent had assured me we had nothing to worry about.

In other words, it was a fairly typical concert night. My manager had booked a mountain rental property for me nearby. I could ring in the New Year in the peace and quiet of a secluded cabin in the woods. I had plans to spend the month writing new material, and I always preferred to hide away in seclusion when I did it. Several other members of the band planned the opposite. They wanted to party in the Caribbean and celebrate our time off with sun and fun.

The first three songs of the set went by in a happy blur of screaming fans and the typical ramping up of energy. I fed off it. The dancing, the singing along… I loved all of it. But when we started “He Said,” I began to focus on a particular face in the crowd. The man was only a few rows back and dead center, but he looked to be all alone in the midst of a writhing crowd. His dirty-blond hair was damp with sweat from the overly warm, crowded space, and he’d stripped down to only a white tank-style undershirt, revealing biceps that made me want to whimper and lick. His beard shone almost strawberry blond in the lights, and his eyes were closed. Darker eyebrows sat heavily over his closed lids, and I suddenly wondered what he was thinking.

The lyrics fell from my tongue like an age-old prayer, repeated so many times the words almost ceased to have meaning.

He said he’d stay, but those words were cheap.

He said he’d never leave, but the pain cut too deep.

As the thrumming guitar sped up behind me, I noticed the man’s plush lips were barely moving, following the words silently with a slight smile. He knew the words as well as I did, and he sang them to himself.

Why? Simply because he was a GUS fan and he knew all of our lyrics? Or did they mean something to him? Did they knock him right in the solar plexus the way they’d done to me when I’d first scribbled them down?