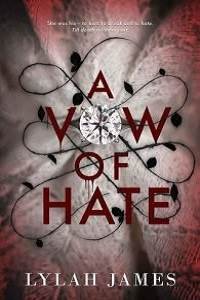 My father always told me that life is about choices; some that are impossible to make, while others we live to regret. But we’re human after all, born to make mistakes. Humans are faulty, we are both good and evil – a perfect yin and yang.

What he forgot to tell me was that… some choices would haunt me forever.

A choice I made…

A moment of impulsiveness.

A destiny I couldn’t rewrite.

After all, we can’t stop time, right?

And all it took was a second.

I killed her that night.

My story was tainted from the beginning, tainted by her blood. And her death was a sin for me to bear for the rest of my breathing days. I wasn’t evil, but I was the villain anyway.

I pulled the black veil back over my face.

This is my atonement.

The ugliness of life is that sometimes we can’t undo what has been done. It doesn’t matter how devastating the outcome is; we can’t turn back time – can’t change the past – can’t fix the future.

“It is what it is,” my father had said that night.

The night I woke up from my coma, bedridden with two broken legs, three fractured ribs, a messed-up spine and a fractured skull… and more scars than I could bear.

One night, four months ago, I made a mistake that ruined more than one life.

Since then, I have learned that grief is just a stage of coming to terms with the situation.

Just like denial. Anger. Bargaining. Depression. Acceptance. Except, I was still on the fourth stage. Depression, my therapist would say with a pitiful sigh.

Misery still choked me every morning as I swallowed down my breakfast and every minute of the day. While it wasn’t as heavy as guilt, the imbedded grief still festered pus like an untreated wound.

But it was the guilt…

Guilt was what killed me everyday.

Pain became my companion; grief was my nightmare and guilt turned out to be my soulmate.

“Julianna, you haven’t had your breakfast yet.”

I could feel her presence behind me but I didn’t turn away from the window. “I’m not hungry.”

Selene, our elderly maid and my only friend, made a sound in the back of her throat. “Your father–”

“He doesn’t need to know,” I said, my nails digging into my palms.

My lungs caved in, my body growing cold. “Stop. Don’t even finish that sentence.”

My shaky voice was followed by silence and then the door clicked close. Her presence disappeared and I was finally able to wallow in self-pity again.

My window overlooked the stables from behind our mansion. My father’s estate expanded many thousand acres, but this spot used to be my favorite view.

Except now, it was nothing but a bitter reminder.

How could our lives change so quickly in merely four months?

If only we hadn’t sneaked out…

If only I hadn’t been so stubborn…

If only I hadn’t been driving that night…

My hand came up, trembling as I touched the black veil. The thin fabric started from below my eyes and hid the rest of my face. I kept my black hair down, with bangs that I never had before, keeping my forehead covered. Only my eyes were visible.

I hear she’s ugly now, that’s why she hides behind the veil, the whispers would say.

It’s good she keeps it covered. I don’t want her to give me nightmares.

The poor girl, others pitied.

The whispers didn’t hurt. In fact, they had little effect on me. I had learned to shut the world out while I surrounded myself with my own misery. Jolie, my therapist, said it wasn’t the right coping mechanism. She said I was making it harder on myself.

She said a lot of things, but none of them mattered.

My sister – Gracelynn – was still dead. Because of me.

And I was still here, alive and breathing when it should had been me in her place.

I still remembered her wide-open, dead eyes. I could still smell the unpleasant odor of metallic copper; our blood and sweat. I still saw her mangled face so vividly in my memories and every time I closed my eyes.

I was in that car with her dead body for three hours.

I passed out many times, regaining consciousness only to see her bloodied face again and again, while I screamed at her to breathe, to stay alive.

Gracelynn wasn’t wearing her seatbelt that night. The force of the impact, and when our car flipped, sent her flying through the windshield. Her screams still echoed in my ears. Her swollen, mangled face with glass shards lodged in her flesh was still seared in my brain.

Most days, I spent my time like this. Listlessly staring out the window, watching the sun rise and set, watching the day go by, turning into months.

It wasn’t like I could run away from my misery. No, I couldn’t even walk.