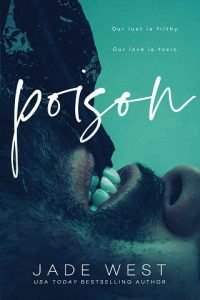 It was one of his work social nights. Sebastian’s.

I was sitting at our regular table, making the same regular small talk with the same regular group of other halves, twirling the engagement ring on my finger, ignoring my orange juice as the other women sipped at their wine.

I was so damn bored.

But it was more than that.

I scanned the club, our usual venue after the usual restaurant, the ongoing cycle, swirling month by month, like it had done for years. My eyes glossed over the man who was supposed to be the love of my life as he stood in his usual pose, one elbow on the bar top, laughing along with his pompous work friends like their lives were the epitome of worldly success.

But still, I was bored of it all. And bored of me.

My heart was a static flatline. I’d forgotten who I was, fading into myself for so long that I didn’t recognise my own soul anymore.

I was trapped in my own little box, with a fake smile and fake hopes and dreams.

My mind was constantly churning, desperate for Sebastian to be the one, but I knew deep down that he wasn’t. I was scared to all hell that nobody could ever find the spark in me that made me alive and love me for that, when I didn’t even know me myself.

And that night, I was flatlining. Numb and lost and fading into the background.

Until I looked away from him and saw them there. A couple I’d never seen before.

She was leaning back against the wall between two seating booths and he was up against her, their mouths just inches apart, eyes hard on each other’s. Magnetic. Transfixed.

And I felt it.

I felt the thrum and the want and the intensity of the fire between them.

He leaned in close, his lips to her ear. Her back arched at his words, her hands coming up to reach for him. One swept up his chest, the other snaked around his neck, fingertips to his skin, desperate. She was desperate.

My heart was thumping as I watched, the other women’s voices fading to nothing as I found myself hungry to know what he was saying.

And then he kissed her.

Oh God, how he kissed her.

His mouth claimed hers so hard, with so much need that I felt it in my stomach – that pang of need myself. I clenched my thighs, and I fluttered down deep, and I couldn’t tear my eyes away. I was a voyeur just a few booths over, but I couldn’t stop staring.

His mouth was fierce. Hers was hungry. Their breaths were ragged, bodies grinding. Their tongues were conquering, submissive, battling and loving, all at once.

But it wasn’t about the man next to her. I’d barely even noticed what he looked like. He was a hot guy in a suit, sure. But that wasn’t it.

And it wasn’t the man whose engagement ring was on my finger… it was the man who had totally destroyed me all those years ago.

“What do you think, Anna?” Kelly asked from the other side of the table. “Do you fancy a girls’ night next Saturday? The guys can hang out and play some poker, we’ll hit the wine and gossip.”

“Sure,” I said, forcing my eyes across to her. “Sounds great.”

Her voice became a blur again in a heartbeat, planning our usual chatty girls’ night, and I was right back to staring at the couple whose lust was on fire. The kiss broke, and she smiled a knowing smile as he took her hand, both of them pressed hard to each other’s side as they made their way to the exit.